YTube is scandalous, they are Liars, and roll back views to steal from people.  Thieves and Occultist let me tell you why? Recently I found an article confirming my own suspicions of their corrupt behavior, which I will explain but first let me tell you of the bullshit I have tolerated from this scandalous online platform one of many. In the last month,they have emailed me about my content on my channel how it violates one thing or another, yet. This platform is filled with ‘PORNOGRAPHY”,and “VIOLENCE” search it you’ll see. They are continuously threatening me. I can’t even display a bad word in a title because its a violation, but its okay they can steal from consumers with taxes and forcing monetization and have pornography on the platform? They are fucken hypocrites!!!!

YTUBE ARE CORPORATE THIEVES!!! When the person who sends the emails never encloses a name, sends it from a non reply, so you can’t respond, they are cowards with this kind of corrupt communication.  About 6 months ago I received an email about an API, that I would not been given one, for reasons unclear. I have no idea what the API is or what its used for, so therefore I couldn’t have been using it. Ever time some idiot develops something to make the entire use of the internet more difficult when activity is of question, most of the world is clueless to this and not always tech savvy. I have noticed API is for streaming, but I had no activity with anything that would give reason not to have one. GO FUCK YOURSELF! YOU TUBE!!! 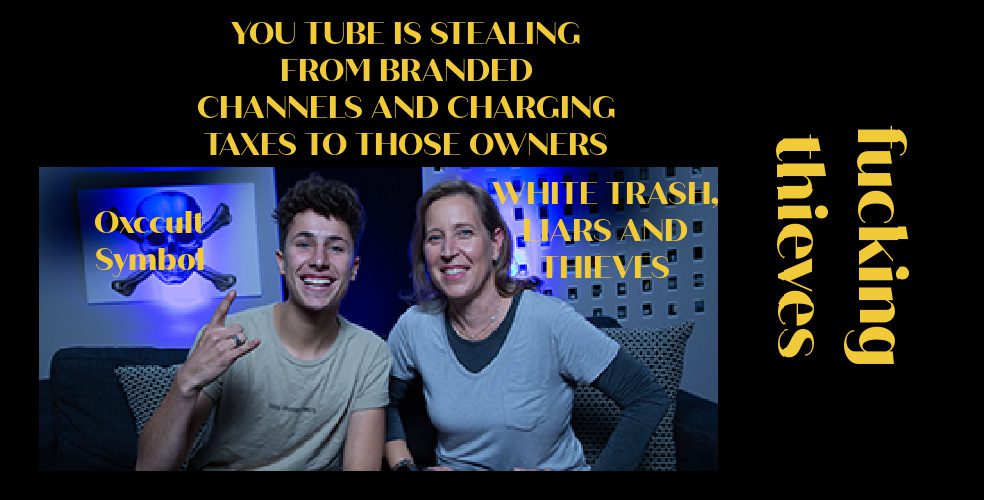 YTube is stealing money from its creators by taking 100 to 1,000 views randomly from videos from my channel and others. You tube states you can’t get monetize and get paid unless your videos have over 4,000 hours of watch time. Well how can you get 4,000 watch time and monetize your channel if you tube continues to steal and roll back views on your channel, BITCH? I have complained to you tube about this, but they ignore my complaints. Then they tell you to pay 70 dollars to 8,000 dollars to get views…This is clearly a scam and something needs to be done to stop you tube from doing this to people. This video was deleted by you tube when it had over 1,000 views. I uploaded it again and youtube stole over 200 views from this video and also tampered with the view count of the channel which proves youtube is guilty of running this scam. 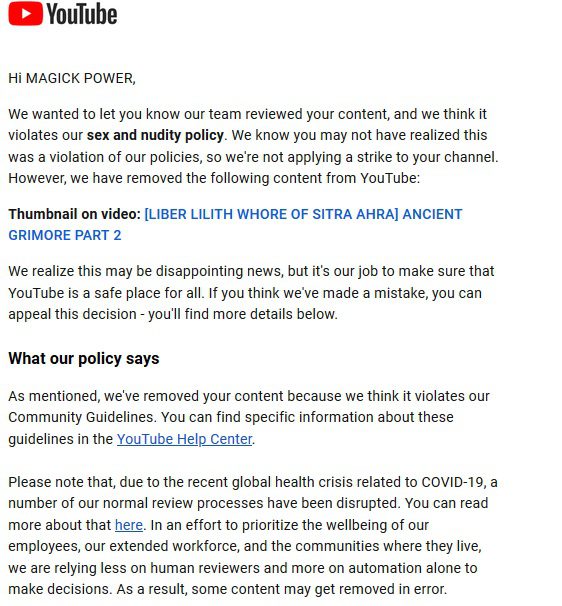 Do you understand why WHITE PEOPLE are always in top positions? Its because they are the biggest fucken thieves that’s why? They are hypocrites to their own convictions and demise. Persecute people of color, but they are hell bent if people of color do something but its okay they steal all worlds wealth, murder and kill their own children and corporate theft is a big ONE, so they tax everyone else to cover up their constant corporate theft and never pay any taxes themselves. WHITE PEOPLE ARE THE PROBLEM TO WORLDS PROBLEMS!!!!

YOU MOTHER FUCKERS should be burned at the stake. This is the NEW corporate theft, with online social platforms and Amazon.  Its bad enough this entire system we live under is one GIANT SYSTEM OF FRAUD. Everything is fucken fraud, Social Security, the banking system, buying a car, cell phones, buying food, housing.  It doesn’t matter even if you can afford to buy a house it’s never really yours or the land because of the FUCKEN TAX that’s why? I honestly don’t care if they take down the channel, its better for me I can set up my own on my websites and get donations, or affiliates. I don’t fucken care about any social media shit, they are all corrupt!

Let me add something also interesting that I took screen shots of. I have a Channel of a different nature and I actually caught someone fucking around deleting my videos, the minute I went on the discussion board and typed RIP OFF REPORT, they immediately put the videos back on.

Here are screen shots of when my channel was being erased as I caught them in the act. And just to make sure it was a cliche in my computer, I viewed it on my cell phone and yes it was being tampered with.  I will be writing this on RIP OFF REPORT  as I am sick of these assholes. I also found they were running ads on my channel when its not close to being monetized, so they can steal money, but do you think they bother to share wealth? Hell NO!  Tons of channels have thousands of viewers…but they get little to no money because of the niche.  Recently I also discovered they were dumping my videos in bogus categories that were irrelevant. 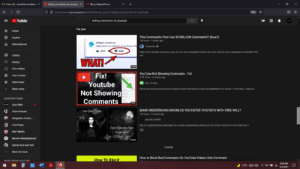 The video is of Hecate as you see it to the left it’s in a bogus category.  YouTube are fucken hypocrites and fucken thieves, liars scamming and cheating people, but that is what white people do!  I have to say, its so IGNORANT to behave in a STUPID MANNER to ban channels or being discriminating against WitchCraft, but yet these white racist mother fuckers are the “true evil” and corruption. This online corporations and Google its so obvious all the fucken scum bags are big OCCULTIST, IF NOT SATANIST!!!  Here are the ads they were running on my channel.  To add insult to injury after I told the public of this behavior on my discussion tab, it was removed and I now have a community, which again you can’t have unless you 4000 watch hours.

This is not the case at all, running ads on certain videos so I removed the videos. They will do it again once they see I’ve deleted it, but right now I am working on my own video page on my website, so I will just use YOUTUBE as a redirect. Why should I tolerate this on going theft and abuse?   Let me add insult to injury, several months later I noticed the continued to place ads on my videos, the company is making tons of money from, but refusing to give me anything.  Then later on I deal with this asshole named Mark Allen Smith who had YTUBE black ball my channel all together. This platform is so corrupt and vindictive fucken thief’s and liars!

Grow Up, You Fag!