White people insist on owning and dominating every aspect of life as if they deserve it. They don’t, they brag, they need approval, they steal money and their more likely to kick their children out in the street. Yet I will say a good large percentage of them are child molesters, gang banger’s in law enforcement, beating and killing women abusing children, war criminals, most of which brood in the WHITE HOUSE and are responsible for Human Genocide and War. NOTHING JUSTIFIES MURDERERS!! FUCK YOU, WHITE PEOPLE WHO ARE THE VENOM OF GOD!!!

All those STUPID MOTHER FUCKERS who complain about small problems that are global. Those same stupid people ignore the fact the “biggest gangs” of all are POLITICIANS and CORPORATIONS!!! Stupid people generally don’t see it that way. This is why those same stupid people are easily brainwashed until it effects them, only then is its a different story.

I took a trip to the La Habra Library some years ago and next door was the LaHabra Historical Museum, so I decide to see what was inside. Only to find a white bitch who ran it with her husband (can’t recall the name).

What resonates on my mind of that visit is how she was so ignorant and racist denying my ancestors who are indigenous along the basin of what is now Los Angeles and throughout Orange County. As they lived and had families and owned the land. She wouldn’t stop talking shit of how they didn’t belong or live there. Yet she had the nerve to defend a handful of IMMIGRANT ARMENIANS, who are thieves in a story she told me about. She made excuses defending their unsavory behavior. Eliminate the WHITE RACE, the world will be a better place!

Mexican people do belong here, it’s the rest of you assholes who don’t. Our ancestors are and were indigenous. Here is a picture of a white woman Dorthy Rush, the article is a lie. What gangs in La Habra? More like kids who are punks and running a muck. Its easy to put a label on something with no power. What do you stupid white people think, there are no “gang’s” in South Pasadena? Yes there is and those kids who are spoiled rich brats because they can afford drugs and guns, MOST OF ASIAN DECENT whose parents were IMMIGRANTS!!!

Just like white kids peddling on the street for their drugs because mom and dad kicked them out. White people forfeit and pimp out their kids quicker than people of color.  One thing I will say, how sad for Dorothy to have shit kids not to care for her, but stick her in a fucked up place like a CONVALESCENCE HOSPITAL to die!!! Mexicans are not raping their kids like its natural, Mexicans know how to work hard unlike white people who steal more than anyone and rape their kids. Or marry into wealth and steal land like the Europeans did to the Yorba’s.  Which is now YorbaLinda, with all the Suburban White people. 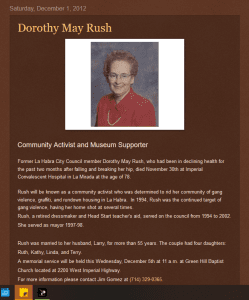 Gang’s are Global especially in Asia. You white people are the evil ones, white men are notorious for raping their own children, impregnating their daughters. Killing comes natural to them.  Like this cunt “CASEY LEE ANTHONY” and yet the world refuses to believe it, but if its a black person or Mexican hang them. You white people are the problem!!! There is something mentally wrong in the brain. If this cunt’s parents forgive this sadistic bitch, then they are just as guilty!! By The Way, open your fucking eyes you stupid white people, STOP LIVING IN DENIAL!

All Global Government’s are a Huge Gang, the biggest Mafia syndicate of the world!! Wake Up People your fighting the wrong ones!!!

CASEY LEE ANTHONY IS A CHILD MURDER, COLD BLOODED BABY KILLER WHO MURDERED HER OWN CHILD!!!! 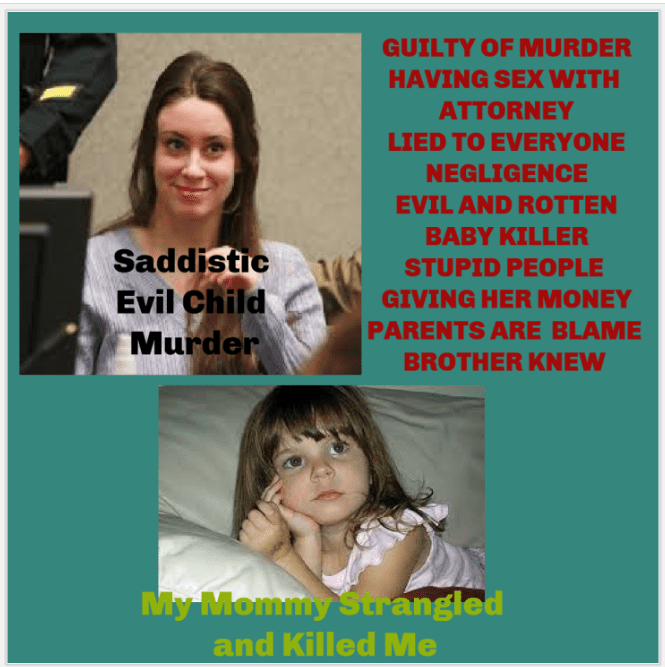 Growing Up as A Chicana