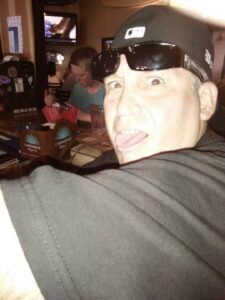 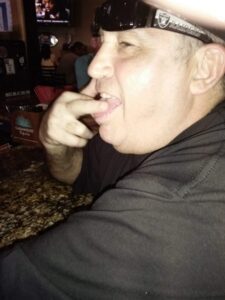 Every child deserves great memories and a safe childhood, to reflect on as they grow. It secures us as humans later in life of how we will feel about ourselves. Helps us to be confident and well adjusted as adults.  Todd Taylor had a big heart and all he wanted was love. Most people don’t know him they way I did, he grew up with dangerous all around him and parents who were unstable and irresponsible. He didn’t have the kind of upbringing that gave the emotional security we need as humans, as a child does.  My man died yesterday in his sleep on Valentines day and today is his birthday. Over the years he was very ill and his sisters refused to provide help and support, but then of course they could never deal with their own problems, Lisa and Tina are Shit Family. Here you can show your kindness and send flowers to Todd Dereck Taylor Obituary. Todd loved people and was caring, his family never knew him or appreciated who Todd really was. Todd grew up in the Hollywood Hills with his father was Wayne Taylor. Unfortunately Wayne and Barbra were not good parents, they were divorced faster, than when they were married. When I met Todd for the first time, he told me all that he remembered from his childhood. All the horrible things that happened in that house on 8675 Appian Way. How his mother burned him with cigarettes. The police raiding the house as a weekly routine. I remember the time Todd mentioned to me he had a vivid memory of both parents having an altercation in the parking lot at the Whiskey Go Go.

Todd was subjected to so much abuse as a child, from his father’s girlfriends to the worst trauma a person could have. On Appian Way murder, suicide and drug dealings were common in the Taylor home. This is how my man was brought up as a child, this is the reason God made him strong, most people wouldn’t survive this. My man grew up with so much pain in his heart. No one is asked to be born and when child grow up with trauma (like Trump did to those kids) their lives are ruined. When men know, no one cares, it’s a reason 1) they give up on themselves. 2) They act out when no one cares. People like Tina and Lisa are too dumb to realize it. His sisters were to ignorant to what they refuse to understand. Lisa drinks her life away and Tina pretends her problems don’t exist, but ascetically appearing has if she has it together. Barbra his mother once said,, how Todd didn’t know most common daily things and it was true. If your not taught anything in life, how are you going to know how to handle things?  However, I know now it wasn’t the only contributing factor, his dementia was an early onset, no one knew, because it can occur as early as 30 years of age. Todd had a stroke at 30, he lived a very stressful life. He never complained about how he felt and diagnosing dementia came to late.

Everyone has choices in life, but not everyone knows this. I never knew about what choices I had growing up. Rich people are just as abusive and ignorant as people who have no money.  Let’s not forget the elites injecting hate and drugs into society, it’s the cause why families are torn apart today? It’s brilliant of them, evil , but brilliant, knowing people are going to fall, knowing children will be raised this way and knowing people will die. The man at the top and in the white house, is the true definition of evil, he rather feed his ego than nourish the world to be a better place.

I’m going to speak about the man I knew regardless of how we met, which was a vulnerable time in both our lives, we only had each other. Families today don’t stick together at all to give any support, but we both had jobs and worked hard pulling ourselves up. Todd was proud of himself as he changed his life around to be the man he should have been. Todd could only speak the truth and not hold back about his mistakes. He took a chance and was given a job as a security guard and on the side he sold tours through the Hollywood Hills from where he grew up.  I too was proud of him, he was always positive, regardless of the hardships, Todd was very optimistic, which in turn helped me as I am the opposite by nature. We could support each other seeking balance.  I remember the day he was happy as he purchased a microwave for me, knowing how much I wanted one. Todd would always do little things to see me smile and make me happy. This proves when a man loves a woman.

Our relationship was based on emotions and love unlike most people, not money or materialism, or lust. We spent many moments at the park talking and getting exercise, attending concerts, fun stuff to keep our chins up. We learned from each many things, but most of all I was his rock to keep him straight and Todd was the kindness to balance my heart. Todd only wanted someone to love him, because his family didn’t care and they were very dysfunctional. When people lack respect and love, it’s a reason why those individuals will act out.

The most important element in life is to always love yourself first, of course most people don’t realize that. People think if they appear like they have it altogether, then outsiders will approve. Tina Zimmerman Smith has this ignorant mentality.

Todd’s one true passion was Hockey, as a kid he played and played well, he wanted to go pro. I strongly believe he would have, if given the support. Many of us have a destiny already planned, but how we grow up or the lack of support and love, the choices we make, steers us in a different direction. Even though I was at times selfish and upset because of our hardships. I don’t regret the days we spent together. I am glad I was there when no one else was. As you were there for me. I  think of you everyday that passes. Please forgive me for any mistakes I made, I love you so much and miss you. You deserved better, people deserve better. 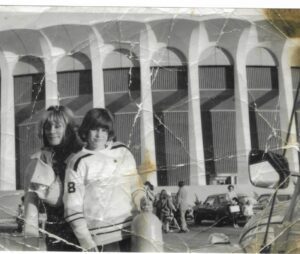 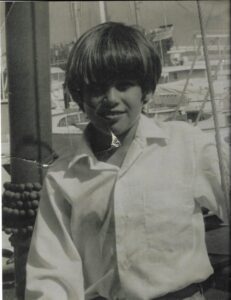 The first concert I took Todd to see was the Pretenders, and then Melissa Etheridge  with Blondie and Pat Benatar.  Universal Studios Halloween Horror Nights, Medieval Tournaments, carnivals, eating ice cream when it rained. We did many fun things together. Hung out at Venice Beach and we had a favorite place near Roy Rogers state beach. Together we had good times and that is the way I want to remember us, because now he is gone and I just lost my only friend. Todd got so ill at the last few years it was very hard caring for him alone. What hurts the most when the person you love dies, questioning yourself of all the things I didn’t do. I am only one person as I found it disappointing when his own family refuse to be there, they really didn’t care at all.  Most family today is exactly that way. Todd and I were are own family and I loved him I only wish now I should have told him more often.  I was so tired and worn out from everything that happened to us in the end, this kind of pain will take a long time to heal. I just pray from Todd’s personal pain, all his life he can now be at rest with the Creator beyond the Heavens and all the Stars with much Love and Freedom. People deserve better. Your Free, No one can hurt you again.   Here’s your Favorite Song, by the Animals!

I don’t care what people say about Todd, because if your going to judge someone take a look at yourself first. Why don’t you judge those CRIMINALS IN THE WHITE HOUSE AND THE VATICAN!! Corporations who cheat consumers everyday with TAXES and double dipping on GAS PRICES.  Law Enforcement who MURDER people of COLOR because their a RACIST!!

Fucking people over on JOBS and housing and for what to feed the FUCKEN RICH ASSHOLES No one knew this human being as I  knew Todd and your sure as fuck have no idea how much abuse he was subjected to as a child. Yet its those at the top who endorse abuse, isn’t it?  No one is asked to be born or have the choice of picking our parents. So take a look at yourself!!! When Todd died the police at Walnut Sheriff Station were being abusive and judgmental, the funeral home lied to me about the accommodations. Were we lived Steve Chong manager allowed tenants to bang on my door harassing me after Todd’s body was removed from the house. This is the ongoing ABUSE I HAVE DEALT WITH!! For all that has happened I am going public against everyone who caused me grief and harm to both of us. All those who are guilty of your crimes, may all of you suffer the consequences in severe pain!

As for my man he was not a violent person or dangerous to himself or society. Take a good long look at what is dangerous, WAR, white man’s MILITARY, to murder everyday for GREED!!! If you choose to be ignorant of what dangerous is, I can’t save your from yourself, but take a look at the false powers and false governments murdering millions of people on a global scale everyday, that is dangerous and violent. Todd was only one man, who was never taught anything or given love like a human being should have.

Todd was a good person with a big heart, he had shitty family as so many people do, I won’t have anyone mock his memory or his death!   The rest of you MOTHER FUCKERS can go FUCK YOURSELVES, You know, who you are!!!!  Todd’s Favorite Song!