Tirza Veliz Black Widow Cries Wolf to the Police with Domestic Violence, when she doesn’t get her way. Tirza has a bad habit of crying wolf in court. She will lure you in and seduce you. Then she will rummage through your personal pedigree information and once she has collected all cell phone information, drivers license and social security number the game begins.

Her behavior changes in ways of being ungrateful, sucking money out of you and unappreciated comments that give her away. When you provide a kind gesture such as dinner or a trip she takes it for granted among many other valuable commodities.  This is a story I know to be true from the person who was subjected to her socio path behavior and emotional trauma.

Important tip about Tirza, her tone never changes, she always appears and speaks in the same exact calm manner, there is something about that kind of behavior lacking emotion or empathy that is clear socio path behavior. 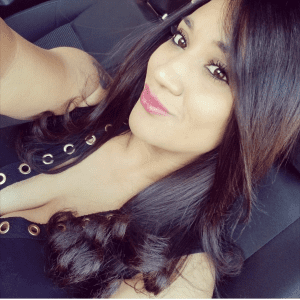 Tirza one day called me up asking me questions about a relative, she made up excuses about his behavior trying to find things out. I later came to find she was calling everyone in the family  including the ex-wife. This was the beginning of her act of orchestrating a war about this person not being in his right mind, when in fact its her. Tirza Veliz

She dragged her family into the lies, especially her sister and yet later thought it was okay to have her sister and some thug with a black hoodie come to my home and break in threatening me.  At the time I had no surveillance, but now I do. These people didn’t get far with their bullshit threatening me.  This young woman was married before and has a kid whom she never cares for. Tirza’s parents are basically raising that little girl.

What she did was use this relative I know to rent an apartment together. Then lies to him about her situation, rummages all through his personal belongings, harasses his family with drama and lies. Also has a lesbian COP friend she had run his information (which is a violation for a COP to do). She was having other sexual relationships with her COP friend and another man. Then she starts orchestrating this sick game of domestic violence to have him arrested and taken to court for the reason of wanting him out of the apartment. It was so she could take it over because she couldn’t get a place on her own with her bad credit and minimum wage job.  Soon after she brings in another guy to live with her and help with the bills.

It’s not the first time she has done this, one thing about court she was too stupid to realize, its all public information, you can surf and find it yourself.  Her brother in law told several people of the things she has done.  All the while she still engages in sexual relations with her ex husband and other men. Sending nude shots of herself. People in La Habra refer to her as a “slut” at least the males do. Hey look on the bright side, many people are viewed as “whores” in society.

As a matter of fact I view lawyers as cock sucking “whores” you never know how they will help you and they cheat you of money all the time. That is exactly what the attorney for the opposing party did, as he did nothing to help his client. Yet charged $4000 to walk his fat ass in court and hand his personal number directly to Tirza Veliz when the hearing was over I was a witness to that.

It was dismissed at the time only because of the evidence against Tirza, she was stupid enough to call, send text messages and admit her behavior on the cell phone. I have personally known many women who have been beaten on and no one helped. It’s nothing to laugh about or lie about. I have witnessed ugly abuse from neighbors and have over heard people talk about killing animals.

We live in a sick deprived society, but to lie to the police and say this person beat me or threw my kid around which their is no evidence to and is a lie.  Is really fucked up, because one day Tirza some asshole may not care at all and beat the shit out of you so hard and no one will be there to help.

Tirza Veliz Black Widow Cries Wolf to the Police with Domestic Violence, when she doesn’t get her way. Don’t be fooled by her good looks she will get you!!