Social Security is Fraud, it has been structured to Enslave all people born. The system is so corrupt it has people brainwashed believing if you work hard and retire you have something to look forward too.

Truth is you have nothing to look forward to, the system is structured only to serve those who control all wealth in the world and leave the rest of us at their mercy. Greed and the evil of man has taken over. BERNIE SANDERS MAKES ABOUT $175,000 A YEAR! Yet he is ALLOWED TO TAKE $6000 in SOCIAL SECURITY CHECKS a month. He is a FUCKEN THIEF and how many other POLITICIANS ARE DOING THE SAME? WHITE PEOPLE ARE THIEVES!!!!

However , everyone else is ONLY ALLOWED TO HAVE A $2000 DOLLAR CAP ON INCOME MONTHLY!!! FUCKEN THIEVES ALL THE WAY, KEEP US POOR WHILE THE RICH HAVE A FEAST AT EVERYONE ELSE’S EXPENSE, BUT IT’S OUR FAULT IF WE HAVE NO JOB,  GREED IS ALL THAT MATTERS TODAY.

The words of Edward Mandell House another Evil White man who is a murder and believes in Slavery. I’m praying he rots in his grave, being the biggot and white collar criminal that he was.  This is why the birth certificate is valuable!!!

The words of a dead MAN who was a CRIMINAL EDWARD MANDELL.  Very soon, every American will be required to register their biological property [that’s you and your children] in a national system designed to keep track of the people and that will operate under the ancient system of pledging. By such methodology, we can compel people to submit to our agenda, which will affect our security as a charge back for our fiat paper currency.

Every American will be forced to register or SUFFER NOT being able to work and earn a living. They will be our chattels [property] and we will hold the security interest over them forever, by operation of the law-merchant under the scheme of secured transactions. PURE FRAUD,NOW IT’S BITCOIN. 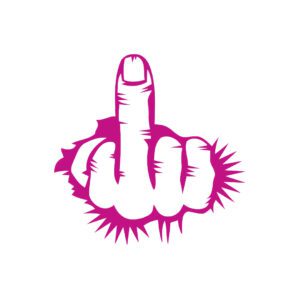 Americans, by unknowingly or unwittingly delivering the bills of lading [Birth Certificate] to us will be rendered bankrupt and insolvent, secured by their pledges. They will be stripped of their rights and given a commercial value designed to make us a profit and they will be none the wiser, for not one man in a million could ever figure our plans and, if by accident one or two should figure it out, we have in our arsenal plausible deniability.

After all, this is the only logical way to fund government, by floating liens and debts to the registrants in the form of benefits and privileges. This will inevitably reap us huge profits beyond our wildest expectations and leave every American a contributor to this fraud, which we will call “Social Insurance.”[Social Security} Without realizing it, every American will unknowingly be our servant, however begrudgingly. The people will become helpless and without any hope for their redemption and we will employ the high office [presidency] of our dummy [US] corporation to foment this plot against America.”  — Colonel Edward Mandell House is responsible. Social Security is Fraud, it was structured to Enslave all people born to support the RICH. A corrupt system to keep people brainwashed.

WAKE UP AMERICA STOP BEING BRAINWASHED…THE ELITES AND POLITICIANS USE US TO PAY THEIR BILLS, DEBTS AND RICH WAY OF LIVING!!! ITS GLOBAL!  THIS WILL ONLY CONTINUE TO GET WORST WITH EVERY GENERATION UNTIL THE HUMAN RACE IS NO MORE.  THIS IS ONE REASON WHY POLITICIANS WANT TO CONTROL ABORTION RIGHTS. TO CONTINUE SLAVERY OF THE PEOPLE!!!

Let me describe what the Social Security Office in Whittier did to my man Todd Taylor when he was alive, how they cheated and fucked him over with money and medical care. In the beginning they were responsible for allowing the code for IHSS to be set and yet, the social work was not able to activate it, something Soc. Sec. was doing on their end, but Ms. Serrano made excuses and no effort to correct the issue. She is a coward and liar, who did this, until I yelled at her, she ran. (Whittier Office). 866-349-1729 #17404 I recall she once had some dumb bitch leave a vague message and wouldn’t leave her name on my phone.

1st) In Los Angeles the worker deliberately mailed paperwork to the wrong address after given the correct one. She did this with intent so his case would be denied. After Todd bitched and yelled at her, the supervisor immediately approved it.  2) Another time this asshole threatens Todd with the IRS (which is stupid) making ignorant accusations of why the check stubs he had, have two titles?  Huh STUPID, every Corporation or Company will carry two titles, the main name to the business and their DBA Doing Business As. For example Hollywood Souvenirs, LLC, but the store location is La La Land. I had to set this mother – straight. 3) The Soc Sec makes a mistake in “over-payment” and penalizes Todd forcing him to sign paperwork, as if it was his mistake. 4) After Todd’s health took a toll and his dementia got worse, this cunt at the Norwalk office told me to have Todd’s doctor sign paperwork this way I could get his money for him, because he couldn’t manage to go to the bank on his own anymore. 5) This gave them excuse to black ball his SSI and cut him off ENTIRELY accusing Todd he had another bank account without confirming a fucken thing. This s how fucked up and corrupt they really are.  Any fucked up reason to cut him off while he is dying. 6) These mother-fuckers refused to give Medicare, so I could have better doctors for him, they want people to dye. Especially after his doctor got sick and MIA, on us. 7) All the numerous problems I had with LA Care, the worst medi-cal, these mother-fuckers refused to provide Medi-care for Todd. We are the only nation in the world who doesn’t have Universal Health Care!!!

THE UNITED STATES OF AMERICA IS HERE TO SERVE ONLY THE RICH PIGS AT THE TOP, THIS IS WHY WE GET FUCKED IN THIS CORRUPT NATION!  AND NOW WE ARE BEING EXTERMINATED AS A HUMAN RACE.

When Todd was dying after submitting all MEDICAL RECORDS, he was never provided with a case analyst, which is supposed to be for everyone who has an application. No one ever bothered to take in consideration Todd’s health, they didn’t care they fucked him out of his Stimulus Check of $600 dollar and S. Cowan is the PIG at the Whittier office talking shit like a DUMB ASS, leaving phone messages that Todd can re-file. Yeah STUPID THAT MAKES SENSE.. Todd only has DEMENTIA as I have told you mother-fuckers so many times and gave medical records, but since you STUPID ASS mother-fuckers don’t know how to fucken read. I’ll have him get right on it!!!!

This CORRUPT SYSTEM is run by white collar criminals whom collect millions of dollars from IMMIGRATION every year. Let’s not forget the millions of millions of dollars of citizens that pay into this corrupt tax system!!! It all goes in the world bank or some ones account collecting interest.  All those thousands of people who never file taxes but pay into the tax system, only to provide the rich a good way of life. Yet you will hear the media talk shit about people stealing and how immigration is a problem and all this bullshit. NO !!!THEY ARE FUCKEN LIARS!  THEY ARE THE FUCKEN CRIMINALS!!!

The real problem are the CRIMINALS IN POLITICS and the mother-fuckers who steal money from us everyday, including Social Security, the  NEWS MEDIA WHO LIE . Question what you hear, lies are being told all the time, from the truth!! YOU ARE A SLAVE!!