Sara Ann Perales gives the word “Unfit Mother” a new meaning. Sara Perales is guilty of child endangerment, and violent abuse of her children. Her children need to be taken away from her. If you see her call “CPS”. 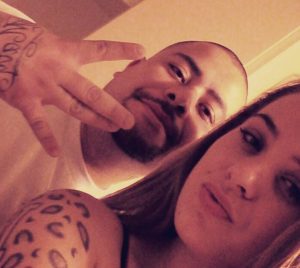 White bitches in society are not only unbalanced, and have low self-esteem many of them turn out to be horrible mothers. Suburban mothers who have it good and can stay at home still fail in being mothers because most can’t handle being with their kids all day. I only wish I could have had such a privilege instead of having to work several jobs.

White females are the biggest complainers of having it too hard when staying home with their kids. Suburban bitches think they have it so hard if there is no maid or nanny to raise the children and they have to do it themselves.  I would say women of color have it twice as hard with less support. Whether they have a husband or not.

Sara Ann Perales who previously lived in LaHabra neglectfully was evicted from the only home she had with five children, one of which is my grandchild. Sara since your reading this, you can give me Marina now and I will raise her and least she will have what she needs, with you, she never will.

Sara came from a single white mom with no dad and two brothers, and grew up in poverty as many white people do. She continued to have kids from different males because she thought these irresponsible morons would stay and play house, but they didn’t. They didn’t care and they were irresponsible. Sara jeopardized the only home she had and ended up homeless with five kids. The children have had very little education. A few years ago CPS closed her case (which was a big mistake).

She was living at a motel in Anaheim awhile back, now I am yet to find her (which I am getting close). At the time CPS was stupid to express in the court statements how happy the kids were and seemed in good health. All of that was a big fat lie. How are children going to know anything better than what she has subjected them to? Speaking about subjecting, CPS didn’t know how she blacked her sons eyes or threw one of the kids across the room, other people knew and no one called the cops to have Sara arrested for abuse. 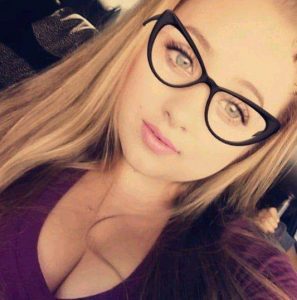 The ignorance and stupidity of law enforcement and child services decided to label Sara race as “Mexican”, she is NOT, Sara is WHITE!!!!  The labeling is done with intent to stigmatize Mexican folk. Again because she has tat’s on her body.

Now the main issue I have with Sara is her lies, but mainly her irresponsibility to the kids. Many times I surprised her, showing up at the apartment she used to live at.  The place was always a mess, the children weren’t being fed and my grand-daughter Marina was always in dirty diapers.I have numerous photos to prove all child abuse.

Many times Sara would call people and ask for money stating she needed diapers or formula, when in fact she had plenty, but was selling what she had on the side instead of using it for the children. Many of Sara’s friends told me of all the parties having guys over and leaving the kids unattended. Having males in the house is an opportunity for child molesters to abuse kids.

Sara lives on Welfare, Social Security and the child support that is given goes back to the county for the welfare she receives. There are five children which none of them (including my son) are responsible for. I am disgusted and unhappy with what has transpired. Sara now lives somewhere in Los Angeles County. I will find her and when I do I will take Marina away from her.

Sara jeopardized her apartment that was only $300 dollars a month because she caused so much chaos, her and the kids were homeless for a long time. Some people were nice enough to help, but one man I spoke to complained about her bad behavior when his wife took her in. She burned bridges from all those who did help her. Now her mother is dead, she has no one, her brothers can’t help.

Child Protective Services was stupid and ignorant last year to allow Sara Perales to close her case after her child fell out of a window from a two-story building.  Frankly I believe Sara pushed the child out of the window.

PROVED PATERNITY BY PRESSURING THE JUDGE

I was fighting her to get to court to prove paternity of my granddaughter Marina Perales, she wouldn’t. 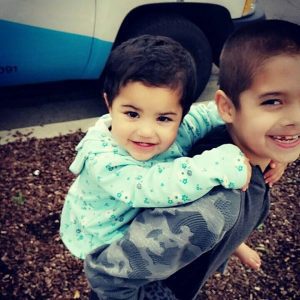 Finally, I found the judge’s personal email address by chance and I sent him photos of all five kids with the abuse she inflicted on the kids and an email about Sara. He forced her to do the test and it came out positive. (I won’t speak about my son’s irresponsibility at this point). Sara is the focus here since she has custody.  I tracked her down at the motel and had gifts for the kids all five children even though Marina is my only grandchild. I was able to locate her through court records because everything is public information. The kids attended the school across the street but were struggling in school because of Sara’s actions and lack of care. Once CPS closed the case she tore them out of school and split.

CHILDREN SERVICES CONTINUE TO FAIL AND CLOSE THE CASE. I HAVE ALL REPORTS OF THE GROSS INCOMPETENT SOCIAL WORK REPORTING.

Children services doesn’t give a shit they are lazy. The social worker Gabriella V wrote up so many lies about the kids being stable and enjoy living at a roach motel while making excuses why Sara couldn’t attend mandatory parent meetings? Her report was filled with holes and contradictions.  I have copies of all reports and I was disgusted by the laziness and lack of investigation they did. 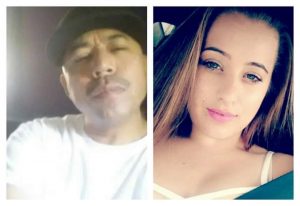 Before Sara’s mom died she showed her how to work the system. The guy was (or is) her boyfriend he is nearly 50 and was financially helping her out. Sara will use any guy she can to help since she has no one else. I actually had an investigator track down the boyfriend who lives in Santa Ana and has criminal record, but he is employed so I won’t be to judgemental.

Sara spends a great deal of time on Facebook and Twitter. Recently I have come to find out that Sara neglects Marina’s dental and doctor check-ups. Now that her case is closed she doesn’t care about the kid’s welfare. The children will grow up in poverty and neglect. Sara can not be trusted as a mother. She already abused that privilege. I will gain custody of Marina Sara, I can provide her with a better life than you can.  You can’t do anything for these kids, they will suffer.

I believe the kids are in danger with Sara as a mother. So my message to the public if you see her let me know. A REWARD WILL BE GIVEN!!!  **UPDATE SARA HAS A NEW BOYFRIEND SHE LIVES WITH IN LA – HE BETTER NOT BE MOLESTING THOSE KIDS SARA!!!!

There will be a reward for the exact location of Sara. It’s about my grandchild and her welfare is at risk every day she lives with Sara.  She should have been arrested for the abuse she has imposed on all the kids. Those who know her, know she is guilty. I will find my grand – daughter and take custody of her.