Roseann Quinn’s life was taken while Looking for Mr.Goodbar, she was a school teacher exploring her sexuality, but at the cost of her life.

Once a upon a time in a faraway land man was created, but as he stood alone it did not go unrecognized he needed a companion, a woman to love him, cherish him and admire him, to bare his children. The woman’s job was to maintain the home care for the children and be the one to walk behind her husband because he was the man and in charge of the family.

He was the provider of the family, but that’s not how this story ends. Somewhere along the way people have changed and with growing generations along came a woman’s revolution.  In the 1970s women stood up and marched for equal rights to be recognized as humans and providers too.  Women wanted the freedom to make their own decisions, to be an equal partner in a relationship and to have equal pay and opportunities.  Women wanted to have the right to make decisions with their bodies and exercise their sexual freedom just like a man. Roseann Quinn’s life was Looking for Mr.Goodbar, but at the hands of a lunatic, she was murdered for no reason. 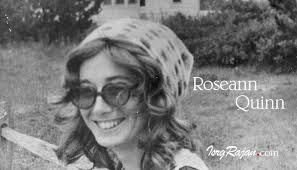 Drugs always being a vice in society has played a factor during this era, but like any business changes occur in one era to another, first it’s marijuana that was enough. Then it was cocaine the drug to get high and fuck on, swinger parties and homosexuality was in the mix. People grew wild to parting and having as many sexual partners as possible because as you know these experiences can shape and mold us to know what we want and what we don’t want. Looking for Mr.Goodbar women gained these experiences and sexual freedom was on the rise for them to explore, it also became a danger zone to women being single.

In 1977 Diane Keaton portrayed a woman named Roseanne Quinn’s life Looking for Mr.Goodbar, she was a teacher for the deaf, also being young and single she was from a strict Catholic family. During this revolution her life was brutally taken by a  man who was known to be a homosexual and convict, she met him at a  bar named Tweeds in New York City.  John Wayne Wilson brutally murdered this woman.  Quinn was known to live a double life, however, I didn’t view her that way she was young and wanted to experience having sex with different men unfortunate for her it came with a price.

Just last night I was speaking to Amazon requesting to stream this movie, as I have been searching for months to see it for the first time.  The events that took place were inspired by the writer Judith Rossner’s, “Looking for Mr. GoodBar”.  So as I was surfing on YTube I couldn’t believe it, I found the full-length movie, someone uploaded, so I don’t know how long it will last.

The movie portrays Roseann Quinn’s life to be a kind person who just wants to explore sex and the pleasures it supposes to give another human. Only to quickly find out, how men can truly be. Selfish, abusive degrading, treating women as objects and to their own inadequacy of being male.

Women want sexual pleasure and to explore the depths of their bodies but these types of acts are considered taboo.  Women are not supposed to desire these types of feelings.  Even now women are still subjected and objectified, my theory is, men really don’t like this about women.  Its a contradiction, they don’t mind if a woman is sexual, but only with them, not anyone else. Yet at the same time, if a woman is sexual, he blames her for his own personal hang ups.

Even Quinn’s portrayed father in the movie has resentment towards his own daughters.  This woman may have taken home the wrong man from the bar, even though he was supposed to leave as she asked him too. however, it didn’t give him the right for this “fucking flaccid clown” to kill her.