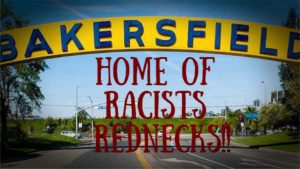 Red Neck people who live in Bakersfield are white trash 100%. If you visit, you will find the most ignorant red necks with a high level of racist thinking.

Okay, here I am convincing my man he should see his family after a decade of time passed, not speaking to his mom or sisters. Well, I’ll just say this, what an experience, I just dealt with, no wonder he stays away. This family is seriously dysfunctional.

Families these days are really full of madness. I was hauling ass in my hot sports car (just kidding it’s a nice Honda), driving up to Bakersfield not knowing what to expect. (Red Neck Fucking City).

I just didn’t want another boring holiday, it being just the two of us. So we get to Tina’s house, as my first thought was, she lives in a decent neighborhood. I thought for sure it was the trailer park!

Actually, her house was small, but it was nice, I just didn’t like her dogs on the furniture and dog hair getting on my clothes when I sat down.

So we arrived, Tina and Barb were waiting for us. They were excited to see Todd and the first thing his sister mentions is how she made “enchiladas”. I didn’t know exactly how to take that, don’t get me wrong I love Mexican food, but if it was made on account of people ignorantly presuming it’s all I eat, then I prefer to go out for a burger.

So I find myself going to the bathroom to freshen up and change my clothes as I felt a bit messy after the long drive. And what happens Sammy (Tina’s snotty daughter) comes in being a bitch demanding to use the bathroom knowing there are two bathrooms in the house. Next…

Tina said we can stay in her room, so there I am in the bathroom freshening up and she comes walking in, expressing to me how I don’t have to get “all cha cha” for them. Strike 1, I decided to be the better person and ignore her stupid, racist, ignorant remark as white people just can’t help how stupid they really are. I knew I should have checked in at the local hotel.

I guess if I wanted to be a total bitch I should have asked her how her junkie of a husband Kenny Zimmerman is doing these days and her son Stevie? (Herion Junkies) Her son who was generous enough to introduce heroin to his father, while shooting up in the garage together? 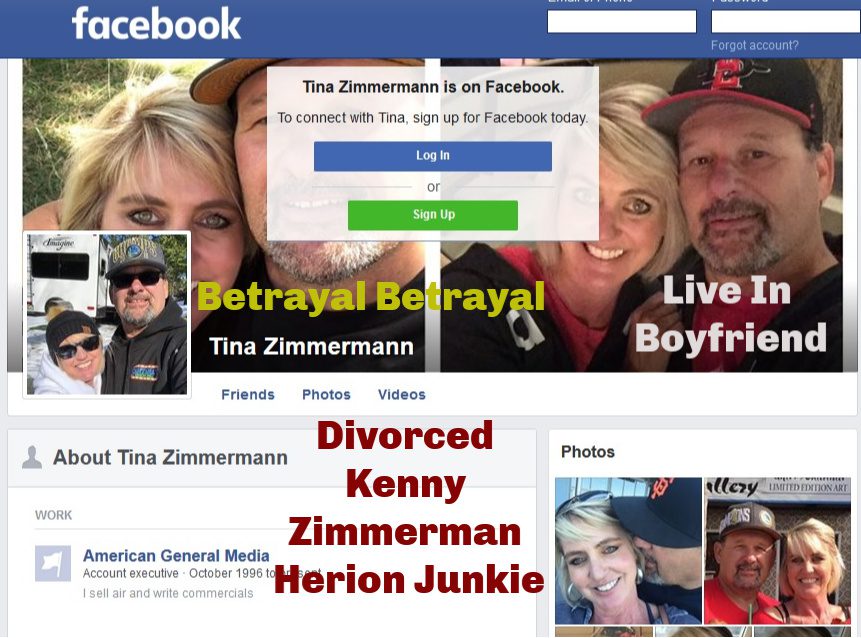 Geez, just when I thought I had problems. it’s a good thing she has a decent paying job, to keep that nice roof over her head, or she would be out on her ass, especially since Kenny Zimmerman of 20 years of a shit marriage is only a bartender and mild pill popper. He couldn’t afford to keep up with alimony payments. 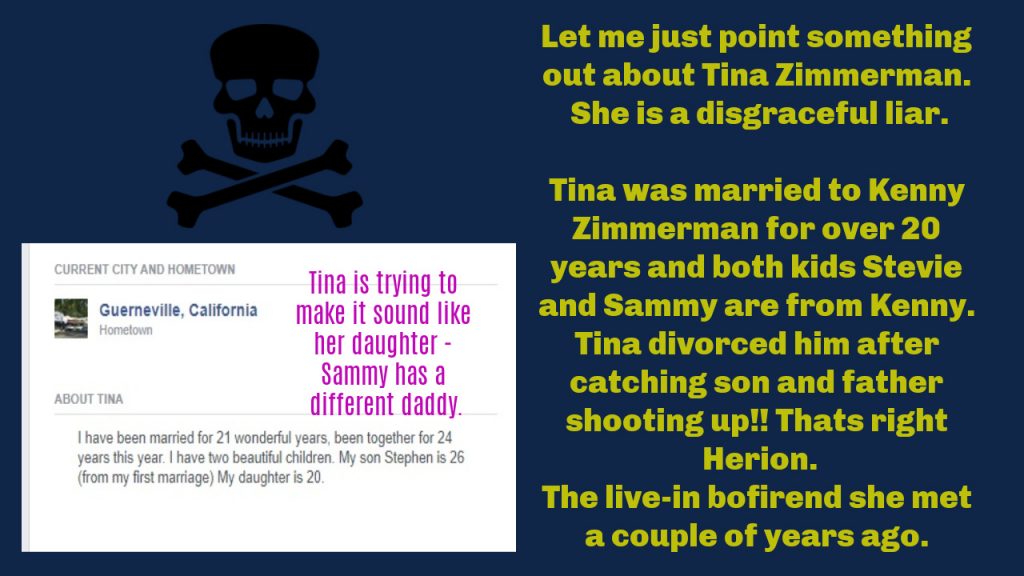 After that I decided to get a drink, I might as well open that nice bottle of scotch I bought, plus ..I think I’m going to need it. I have no doubt, there was more to come.

The evening goes by were talking, eating, and having a few drinks. Nothing to get excited about, catching up with bullshit and taking pictures, since everyone is aging no time like the present.

Now Todd’s sister Lisa showed up, she is usually the one to keep in touch with her brother the most, not that she ever has anything important to say. Just to give some background, his family has stemmed from having two very unreliable and irresponsible parents, how these kids ever survived ALL THE DRUG AND ALCOHOL problems it’s a miracle.

Todd and his sisters have a different father’s and their old sister Robin doesn’t speak to her mother Barb on account of her sleeping with her husband many years ago (yes that would have been her – son – law). 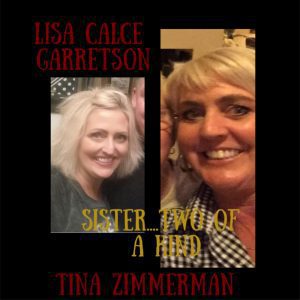 What a family. However, Barb was buck wild back in the day and her daughters are filled with resentment on account of her being a shitty mother, now they find themselves obligated in caring for her now that she’s old and dying.

I guess she knew all along her daughters would grow up and have husbands, well that almost stuck. Lisa’s old man Mike is a correctional officer, not too nice of a guy since he threw her out of the house and moved in, his new girlfriend. I guess she should have seen it coming when he left for a month, that was a sign.

So now she lives in a really nice place with her son. I have to say Bakersfield has certainly changed, a nice community, but you can still see plenty of rednecks and white trash living up here. The only difference is they’ve scaled up a bit living in nice track homes. It was late so I finally decide to go to bed, in hopes to get some rest without having to listen to Todd’s obnoxious fucking snoring, which I can’t stand. No luck. I just put my earplugs in.

The following morning I woke up to the need for coffee, but of course, there is Lisa, 8 am with a beer in her hand. She’s alright for the most part, just ignorant, an adroit liar and exactly like her mom always drinking. One reason her relationship went down the drain, not that Mike was a prize, with his cheating and lying.

Lisa is a caretaker and lucky she has a job, most if not all employers usually don’t hire people with a current DUI hanging over their employee’s head. Lisa just got lucky on two counts, being white and being hired by white woman, is this what they mean by white privilege? Even when they fuck up?

So thanksgiving day came and we celebrated at Nikki’s house, now these two people are very cool and good down to earth nice souls. Nikki is the daughter of Lisa and she has an amazing husband, really, there is nothing this man can’t do. I’m surprised to say something good came out of that dysfunctional family.

He is genuinely kind and giving. Not too sure about his family, they seem very different (in a bad way), but overall it was a nice day. A lot of good food, sitting outside with a blazing fire. It’s when we got back, it got a little crazy. At first, we ate again had more drinks we took turns singing songs, of course, I was the star of the show:-) because I can carry a note or two.

It’s not a good idea to mix liquor though with beers, scotch then tequila, Lisa, and Tina got into a big argument and the neighbors were pissed. I guess it’s not the first time they’ve had to listen to all that shit. Of course, by that time Barb had gone to bed and didn’t even wake up from all the noise, I guess the sounds of her daughters yelling at each other is all too familiar.

Todd and I didn’t know what to think, I just told him, leave them alone, they obviously need to get it out and it’s not the first time. I have to say the little devil in me was enjoying the moment, as I got a glimpse of what his family is all about. One moment caught my attention, is when Lisa vented about her co-worker, she happened to call the woman a “negro”. Ooowee… Tina went off on her to say she sounds like common white trash when speaking that way.  She’s right on both counts. Hey you can’t fault for what is true.

Not to say I didn’t have some idea, but now I’ve seen it first hand. When Todd first told his sister he was seeing someone, why he mentioned my race, which is stupid, what difference does that make? Shit… this guy should be fortunate I give him the time of day.

However I heard her stupid remark, “oh, does she speak English”? Yeah, Strike 2. I did confront her with a smart remark, by the way, Yes I do speak English, bitch, better than you!!  She was embarrassed and had nothing to say, no actually she questioned herself and I expressed yes, you did say that because I heard you over the phone. No comment. Dead Silence.

Later that night we decide to watch a movie as it was getting late, but I had been wanting to see the movie “Girl on the Train”, unfortunately, Lisa wouldn’t shut the fuck up, so I never got what the movie was about. I just gave up and went to bed.

The following morning was chill, didn’t do much, Todd spoke to his mother as much as he could absorb before we left. As Barb (Todd’s mom) spoke about her own mother I can see where all the bad parenting came from, her voice was angry and still bitter over her mother’s abuse. You think some people would learn from such circumstances when they have their own kids, but I guess in Barb’s case she never did.

Tina, who doesn’t say much when she’s sober needed stability and security, she was able to make that happen for herself. Regardless of her junkie husband. Lisa, on the other hand, is fortunate just to have a job. I don’t think she’ll ever find Mr. Wonderful especially if she doesn’t stop drinking.

These women have a lot of pain and none of them from mother to daughters, to Todd have worked on resolving their problems.

A big part of me just wanted to jump in my car and split, leaving Todd behind, because, like him, he’s become my burden. Basically, he has a good heart, but nothing is worst than another person being emotionally dependable, it’s not a healthy way to have a relationship.

I just wanted to leave him there with his sister’s and mom and say, “you deal with it”! The entire time I was there for the few moments I did speak, they were ignorantly and rudely cutting me off. It really pissed me off. Nothing like dealing with narrow-minded white trash people who are stuck on stupid. I don’t plan on revisiting…