Raggedy Ole White Trash Kotex. White Bitches don’t work, they never have. For those few who do, they sit on their ass at a desk job, that’s as useless as they are. White Bitches are so fucking lazy. Yet they are diluted as being privileged, delusional.  Some people just need to lie.

Just today I was at the gas station and some guy was talking shit to me because I didn’t scoot over quick enough for him. Loser!!!

People have become the biggest pieces of shit in the last several years and it’s getting worst everyday. As this was going on a young woman who was pregnant was asking people for money because she needed gas. No one wanted to help her.

Now I can understand being in a tight situation because I have been there many times, even when I had a job. I was still struggling because employers are assholes and cut hours which cuts your pay. For several years I lived on less than a $1000 dollars a month and it wasn’t easy. People really don’t give a shit especially white bitches, because its not happening to them. White bitches don’t work, women of color do. Those white cunts never work labor jobs. Most of these cunts marry white men so they don’t have to work, because they are lazy. Many Asians are the same.

Its not like anyone is living well on minimum wage jobs that’s if they have a job right now. Considering most of the country is unemployed and being evicted from their homes. Just because it hasn’t happened to you don’t think it can’t, because it can. The Government favors no one, This system is set up to serve only them. Not us, we serve them by working and they take a cut. MAFIA!!!!

So, I stopped my car and got out to get gas I noticed the young woman was asking this old “white bitch” ole raggedy kotex of a female who looked 100 years old. She asked for a few dollars.  The old bitch starts questioning her if she has a job? Instead of saying yes or no she starts with her bullshit if you have a job you should be able to buy gas. Raggedy Ole White Trash Kotex. White Bitches don’t work they never have. For those few who do they sit on their ass at a desk job that is so useless and meaningless. White Bitches are so fucking lazy. Their good at persecuting people of color. 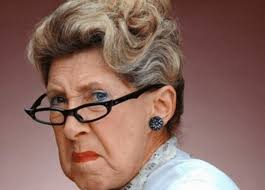 It’s so typical of a white bitch to behave this way especially someone like her who never worked a day in her life. I’m going to strongly speculate she never has, because bitches who have had it hard, they won’t act this way, like a snot nose cunt!

To end the harassment I walked over and told the young woman out loud. DON’T ASK WHITE BITCHES FOR ANYTHING, THEY ARE ASSHOLES!!!! White people are they reason why this country has so many fucking problems to begin with and are one evil fucking race. They help no one, its all about approval for them. I walked back over to the attendant and put $5 bucks of gas in her car!