Narcissism and male manipulation is common, for a man to get his way. He will be either agreeable with you or give you the material world, in turn you owe him.

A young woman riding a train every day from Manhattan to the country, she sees the house she once lived in. Her husband, the man she thought she knew with his new wife and child; her heart is broken and rid with guilt. She can’t stop drinking and crying.  Every day she goes through this ritual of confronting the new wife and calling the husband. Yet her blackouts have her confused, but later her memories begin to reveal a truth that is hidden, even to her.

Rachel’s friend is patient and kind and lets her move in, but after two years gone by, the friend finds out she has no job and her drinking is out of control? Rachel’s scattered memories have her confused, all she can think of, is that it’s her fault, her marriage is over, but is it?

This narcissistic fucker had this young woman thinking all along her behavior was out of control. He once was married to her and had convinced her she was the violent abuser and had embarrassed him at his boss’s house which led to him losing his job. Yet he would never call the police or report her, he would just tell her, “I can’t protect you anymore”. At one point he even defended her.  It was all a lie. 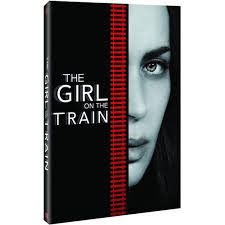 In the end, this man manipulated her mind and he was the abuser and lost his job, because he couldn’t keep his dick in his pants. He was fucking every woman at the office including the neighbor (she was the one who was always calling him) and later he killed her because she was pregnant.

Both this young woman and his wife (who found out) confronted this man of his sexual behavior and lies. He was killed by the ex-wife in self-defense after attacking her at the home they once shared with both women.

After all this was told to the authorities, by both women of what really happened, she was released and continued to ride the train, but never sat in the same car again. This story is from the movie “the girl on the train”. It had me thinking of all the men I have known and crossed, remembering all the lies they tell, the narcissist behavior, the dominance towards a woman of color, the abuse. Their mental thinking “rape is allowed”. The times males have screamed at me because they are naturally intimidated of me. Good You Should Be Fucker!

Men (all males) will manipulate their wives to do what they want because they are selfish, because their needs are more important and because they are highly insecure with themselves. Let me tell you a story, a true story about a husband and his narcissistic behavior. I was riding the train one day and a white man and his two Asian children (half breeds) sat next to me because it was a 6-seater.

He openly confesses to me, that he met his wife at work, in the same department. They were engineers, so after dating and fucking her then marrying her he couldn’t stand seeing her every day at work. He remembers she told him she never wanted to work in the medical field because all of her family did.  She wanted something different for herself, but she fell for narcissism and male manipulation.

He used that against her, he manipulated her to leave her job go back to school and work in the medical field. Does anyone understand how much time that takes to go back to school to work in another field?  She did, he got his way and he was happy. I just looked him and thought, “you’re a big piece of shit”!!! Narcissism and male manipulation is common, for a man to get his way. He will be either agreeable with you or give you the material world, in turn you owe him.

I have a cousin who is a cop, her scumbag husband did something very similar, he convinced her to transfer and move out of California to Seattle. His family was there and it’s what he needed. Narcissism and male manipulation is common, for a man to get his way. The guy is a douche bag, she admitted to me how she could smell his desperation, as he was seeking a wife. This happened when she met him. I was like, okay, but you married him anyway? Why?

Every man I have crossed tried so hard to play their sick twisted mind games, but it didn’t go far with me, eventually they would feel my foot in their ass. “take the L out of Lover and it’s FUCKING OVER!!!!! Beware riding the Train! Beware of males, especially if you are a young woman. Everyone has an agenda.

Tags: #Lies and Betrayal, #Male Control, #Male Dominance, #MaleManipulation, #Men Manipulating their Wives, #Narcissism, #Narcissitc Behavior
This website or its third-party tools process personal data.In case of sale of your personal information, you may opt out by using the link Do not sell my personal information.
×
Privacy & Cookies Policy