Misogynistic America has the intent of Inventing and Spreading Aids and Corona Virus to kill of the Human Race. When the AIDS virus was unleashed upon the public, automatic fright was in play. This is a tactic, instilling fear. It took many years before it would calm down. Not to say it ever really did, because the “gay community” was a prime target to this evil plague.  Yet many innocent people died from blood transfusions because of various hospitals deliberately being negligent so humans would be infected.

The excuse was were not checking the blood”. Of course your not and why should you? It’s so much easier to be negligent, fucking stupid, and ignorant to place the blame on someone else.

Now it’s the CORONA-VIRUS another virus instilling fear and separating the masses so people will hate on each other. In turn none of us know what this virus really is or how it’s actually contracted?  Now the Chinese are the target?  The Chinese. People have flooded most of Los Angeles county, Ca and USA Corp always makes deals with the Chinese.  C’mon people open your fucken eyes, you know these “evil” people are killing us. You know who I am referring too.

TOXINS ARE THE ORIGINS OF ANY INFECTION THAT CAN OCCUR IN DEATH. It could be in our food, water, the air we breathe, anywhere, social distancing won’t make a difference, EITHER WILL A MASK, because you do NOT know where it’s coming from. How stupid are you people?  THE ELITES AND CORPORATIONS ARE RESPONSIBLE FOR ALL OF IT, WE LIVE IN SLAVERY…

It was spreading literally all over the world at the same time in a matter of minutes, turning into days?  How can that happen naturally? It can’t!!!  It was being dumped on us and spread through out the world on everything. The media lies about the number of deaths occurring, so it will continue too instill fear in all those who ignorantly believe those of “false power”.

The Elites are the problem and plague to any country. They want to kill people.  Nothing in this world “justifies” murder. Everything in life is in illusion of “thinking” we have “freedom” we have “choice”.  In reality their shit, pigs, child molesters, rapist, murders, and war criminals.  Due to their low self esteem, and desperate need for approval has filtered into corruption and financially ruining the entire system and the killing of the human race.

There is no good in the “elites” especially the “white race” being good is the lie they tell themselves.  Being a Christian Country is a lie, especially since they are actually “OCCULTIST” evil of the worst kind”. Who are inherently evil and here to eliminate the human race. Yet these “elites” view us as a nation  of “useless eaters”. At least Edward Mandell thought so.

The problem with the “white race” of rotten racists thinking is it spreads just as fast and as any dangerous virus. Man’s evil is much more toxic and deadly than any metaphysical evil having you believe through man’s religion. White people all need to have top positions, in jobs, at the church, even with poverty, at the wealth fare office. People of color were here first, the white race was just bleached version over generations of time. Yet they commit the most heinous crimes and cause more social problems.

Did you notice what took place first? The scam of the “REAL ID”, none of us knowing what is really behind it? My theory, it’s too keep us trapped where we live. Even the DMV is not entirely sure of the meaning of the real ID, because those in charge are not going to tell them. Frankly, my opinion it’s to prevent us from leaving this country once we are held captive in cages. (Walmart)

What was next, oh Trump and his prostitute he paid 100,00 for. I’m surprised it wasn’t Amy Taylor.  Of course all those stupid white people just blow it off like it means nothing. Trump kidnapping and killing children, placing them in cages away from their mothers.  God is going to get you for that Trump.  Then the murder of Epstein and Ghislane Maxwell prison sentencing. I wonder why she was spared? Both of those PIMPS a Front man for the “elites” sex trafficking ring. Please, this asshole was no “financier. Its all bullshit. It’s probably why Epstein was MURDERED, it’s not suicide.

Trying to convince the world of his wealth, yeah right. It’s more likely the tax payers money and he was the front man until his under age girls got away. I think they wanted to be caught. Those girls are no victims, they were paid for prostitution and the parents are just as guilty.  See white people are always the problem to society, their common filth. Just like “Weinstein”. Those stupid actresses and everyone involved who knew of the predators in music and movies, ARE GUILTY!!! And never said anything about, not to mess up their bullshit careers. Those actress know to move up, you either sell your ass or your soul, or both. 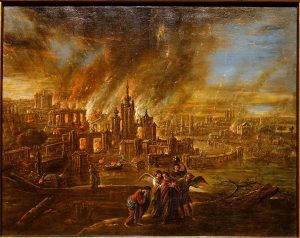 People sell their soul, have sex, do drugs and rape their own kids and pimp them out. They will do anything to gain recognition and wealth. These are the days of Sodam and Gomorrah. No one will be forgiven for any crimes against CREATOR!!!!!

Isn’t it interesting how cops don’t get involved anytime something like this happens? Where are the police, why are they not making arrests?   White people the biggest MURDERERS, CHILD MOLESTERS AND BABY KILLERS, WAR CRIMINALS, SEX TRAFFICKING…AND THE DESIRE TO MURDER AND INCARCERATE PEOPLE OF COLOR, more than WHITES! YOU FUCKED UP WHITE PEOPLE ARE THE TRUE EVIL IN THIS WORLD.