Lisa Calce (Garretson) lives in Bakersfield. Lisa claims victim status but she is just ordinary white trash in Bakersfield. Let’s not forget a weak-minded liar, who has no understanding of the human race including her own kind, white people.

Lisa Calce the victim (the part she plays so well). Anytime something goes wrong, she complains to anyone who will listen. When I first met Lisa, the first question out of her mouth was “How old are you”? The first ignorant remark she made when questioning her brother about who I was is “does she speak English”? Typical ignorant uneducated “white trash” redneck in Bakersfield. Lisa Calce is a drunk seven days a week just like dear ole “mom” Barbra Calce.

She lost her job after management changed at the convalescent hospital she worked at, because they found out she had a DUI. The new owners were “Filipinos”. Lisa didn’t like that and she was the one yelling, “go back where you came from”. Funny how white people naturally believe this country is theirs by birth right. White people? They create more problems than anyone and yet people of color shouldn’t be here. 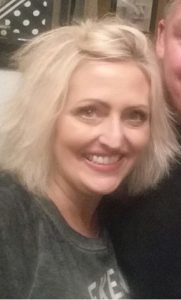 A fact is most people tend to forget all people are slaves globally, especially now. You can gain your sovereignty, but it costs money, a smart lawyer and its a very complex process. However that’s for another time. Back to Lisa after my grueling visit with the rednecks, Todd and I went back home and this is where the problem of his family continued. The many times Lisa would call our home was late at night and only to complain about her personal problems, which she was drunk most of the time.  She once thought she was smart when recording our conversation and yet Lisa was the one expressing her convictions of abuse!

It really became a nuisance when she would call between the hours of 11pm and 2am in the morning. Her rants were about the man she married who died Mark Garretson. Mark was found at the 6 motel dead after Lisa divorced him, one year later. She wasn’t concerned with helping him with his problems (white women never are). It’s more than they can handle. She was only concerned wit the IRS contacting her. 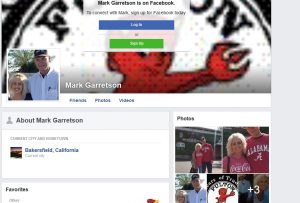 He was in financial debt and was a meth user. Lisa was dreaming of Mark taking care of her and whisking her off into the sunset, but instead he whisked her off into darkness. Well Mark is better off, when a man falls that far down and he can’t be saved by his own wife or family because no “gives a shit”. He is better off dead. Yet everyone expected Mark to get help (help himself)? How?

How can a person get help? When they can’t see their problem in front of them?  That’s like asking a 3 year old child to cook his own dinner and fend for themselves.  How ignorant is that? Lisa however was warned by her sister in law Bobby, not to marry him. She told Lisa not to marry her brother, she did anyway. Well we all make mistakes when vulnerable.

Yet those weren’t the problems that angered me with Lisa. It was her meddling and being an instigating cunt, instead of being helpful. Especially with that (CUNT) Cynthia Taylor she gossips with. I know it was foolish of me to think Todd’s white trash family would be willing to help me with his medical problems, knowing they can’t manage their own lives and in reality they don’t give a fuck.  Todd’s mom was never in his life and a horrible parent to his sisters. It’s the reason why Robin the older daughter doesn’t speak to Barbra (mom) anymore. Her mother once slept with her son in law. That is the worst thing you can do.

Lisa enjoys being a a liar and  not very good one at that. Twice she wanted to see her brother, but the first time she was too lazy to drive down and bribed us to go to Universal Studios and she would buy us dinner.

The second time I gave her directions and she later complained how it would take to long from where she was at. See, she didn’t want to see her brother that badly, because driving an hour is not worth her time.  Lisa began gossiping with Todd’s cousin Cynthia Taylor (meth user).

Talking shit as she does, the next thing I know both these cunts decide to call APS  making up lies and stories of how I won’t allow them to see Todd.  Really? No, Todd doesn’t need to see his drug whore of a cousin and alcoholic mother WHO BURNED HIM WITH CIGARETTES when he was a child (a fond memory he couldn’t forget) and drunk ass sisters.

I had many confrontations with Lisa, but it boiled down to her being a liar and both her and Tina being total bitches and NOT giving a shit about Todd, even after I told them he wasn’t well and had Dementia.  I had no support, no help but a handful of fucked up people causing me nothing but problems. Now it’s pay back time, everyone has skeletons so it’s time to open the closet door.

Oh two things, 1) the next time you decide to record our phone conversation, don’t be drunk and never confess your own convictions of abuse. 2) stop being stupid when it comes to Tina that bitch is only concerned with herself, everything else is an act. If  your scum bag nephew Stevie ever talks shit to me again I will call his parole officer and the DEA! On the entire family!  That faggot is scum of the earth and fucken junkie!!! Never worked a day in his life, get  A JOB ASSHOLE!!

Lisa Calce (Garretson) whatever your name is? Go Fuck Yourself!