Jenny Carmena is a meddling Property manager Violating Tenants Rights and Tenant Rat Pattti ass kisser. Jenny spends her days in the office causing havoc for tenants, she bullies the janitor to provide information and  her pet Rat Pattie is her main informant. They both go into apartments without permission stealing and violating privacy. 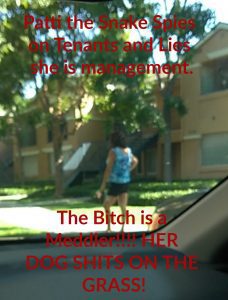 Jenny violates the rights of the tenants allowing her personal “rats” to walk the grounds looking in tenants windows, checking out the cars in the parking lots (I witnessed Pattie with her clip board writing down license numbers to cars parked). A Korean man who drives this car, sits with the women gossiping in the community room about people he discriminates against. 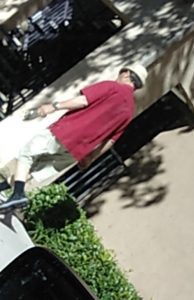 He makes it his duty to walk around the grounds with a golf club in his hands like he wants to hit somebody with it. This complex does not have a golf area nor is there a golfing area in the neighborhood. Carrying a golf club is a threat to everyone living here (violation 4402). 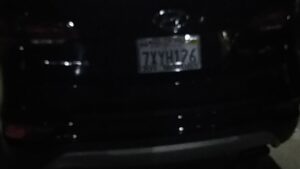 I do not know him by name only by face but he is Jenny’s personal “rat” he reports back to her anything he discriminates against or people he doesn’t personally like. He is a threat to the entire community.  This Gouk enjoys talking shit about people, it fills up his day to cause trouble. Now you can run his numbers and know his business. See how the sword cuts both ways?

Let me share this about the “wait list” it’s created and its bullshit No one is ever called. Jenny advertises the units on the internet and lied to me about it. How do you think I found the unit?  Told you she was stupid, she lies and says we don’t advertise, but that is exactly what the company does. It’s all DECEPTION! The people on the “wait-list” are never called. Huge turn over.

I witnessed well over 20 new people move in from ads on the internet.  The ad’s on the net are misleading because it will show an apartment for $750 dollars but, Lippman the owner raises all units 4% to 7% every year. So what Jenny does is 6 months later she forces you to sign a new lease before the old lease is up!!!!   The rent is very misleading and overpriced for a Senior Complex. Oh, and this complex will only allow a renter to live on $18,000 a year of income. Its restricted, maybe Lippman and his slut daughter should try living off of $18,000 a year!

DON’T SIGN THE LEASE JENNY FORCES ON YOU, BY LAW YOU DO NOT HAVE TO SIGN IT, ITS A TRAP TO KEEP YOU LOCKED IN, IT’S ILLEGAL TO FORCE PEOPLE TO SIGN A LEASE 6 mos before the prior lease is UP!!! She tried to pull that crap on me I just threw it in the trash!


Jim Lippman  is a greedy fucking Jew.  Lippman allowing his office employees (Jessica) on Wilshire to be rude and verbally abusive when calling to complain. I called several times and she would hang up! I recall there was this fat girl with dark hair who was substituting for Jenny while on vacation, she would shut off the phone and sit on her fat ass refusing to answer. I walked to the office and questioned her why she is not answering the phone, she looked away and turned the phone on.

Now let’s think about this? If you need 3 times the income to move in and every year the rent goes up 7% which is a lot of money. Then how does a person continue to qualify for such high rent? If you live here for several years, but your income never goes up. See where the DECEPTIONS FALLS? Eventually you have to leave because you can’t afford it anymore. Social Security doesn’t give a shit, they are making excuses to cut people off. The only way to fight those motherfuckers is in court if you have the time and energy.

The first day I moved in I was in the office signing the contract and during this time is when I realized what a total bitch this manager really is.  Jenny is immature and lacks respect for people thinking its allowed to mock tenants in their faces. “Oh do you have a bed”? hahaha..  I should have not said that so loud hahaha.. This is what I experienced straight from the bitch’s mouth!! Why? Do you care what I have?  It’s none of your business!!!

The following image, the maintenance left the wall this way for over 6mos. 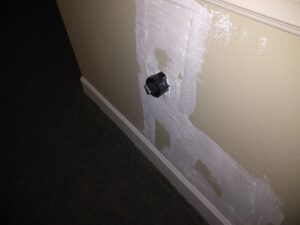 There was on going plumbing problems and the toilets were continuously backed up and flooding. The sink was flooded with mud and water.


Since I have lived here these are just some of the violations I have endured. Which I find to be a threat and unsafe to live here.

Another incident I witnessed the morning I signed the contract. Jenny was arguing with this Korean man. When he walked in he was furious with her at something she did to him.  I heard Jenny threaten the tenant she would call the “Housing Authority” and throw him and his family out. She verbally threatened him, very unprofessional. The contract has so much petty bullshit in it, its a book long and 90% repeats being phrased differently to trip up the tenant with intent!!! During the morning of the feud, some fat heifer starts with her accusations and lies by stating “he’s hitting her”. In regards to the argument that took place with the Korean man. She is a lying BITCH, that man did no such thing!

Jenny is so stupid and very insecure woman whom behaves like she’s in high school.  She lacks respect for tenants privacy. She threatens people and lies to cover her ass with, “I’M SCARED, I’M SCARED!!! Her daughter is snot nose bitch like her mother!!

Why don’t you leave YOU FAT BITCH!!! No one is forcing you to stay. And take your fucking RAT PATTIE WITH YOU!!!!

Don’t forget those RACIST KOREANS! Who have NO BUSINESS IN AMERICA!
This places houses 95% percent Koreans, too many!  Too many of anything causes problems.

I can’t believe how stupid the manager Jenny is volunteering information to me of how many people are on housing vouchers. (violation, no manager should be discussing other tenants business with another tenant or to anyone).

So during the morning of the feud, some fat heifer starts with her accusations and lies by stating “he’s hitting her”. In regards to the argument that took place with the Korean man. She is a lying BITCH, that man did no such thing!

Jenny Carmena should be FIRED!!!!! And her Rat friend Patti EVICTED!!!


Jim Lippman allows this kind of abuse, he does nothing nor will the Corporate Office on Wilshire do anything about her abusive behavior! Hell, the staff hangs up on people at least Jessica does, she doesn’t give a fuck to listen to anyone. A civil lawsuit needs to take place in collaboration of all tenants whom have been violated!

So during this entire time I have lived here I was dealing with my partner who had severe medical problems that were not being diagnosed correctly. He tends to be loud spoken and vocal which didn’t help. So there is Patti poking her face in my windows, walking around my apartment where she shouldn’t be, considering she lives on the other side. Gossiping with other tenants at my back door was a daily habit.


Lippman is a scumbag Jew who is a greedy slob who allows managers to violate tenants rights and abuse those who pay to live on his property!  His Slut daughter collects a phat check and sits on her ass doing nothing. Laura Lippman! 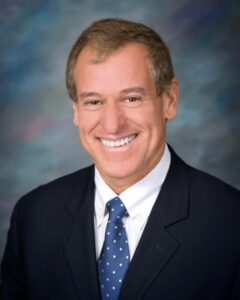 Now all this time Jenny is meddling in my personal affairs with her “rat” Patti who lives in apt #102 at 13350 building, she goes around talking to all the women gossiping getting the scoop, playing telephone. Patti is a loser the kind of cunt that will say and do anything to keep what little she has. Jenny gives her “free perks!

Patti is only a tenant, she lies and tells everybody she is a manager, NO she is NOT!  She is NOT EMPLOYED BY JIM LIPPMAN!!!  Jenny Carmena gives the keys to Patti who lives here (#102 building 13350) so she can access units, and the office where files of tenants are kept. She also makes it a habit to get into my financial affairs. Did I mention Patti is only a tenant!!!  Not a manager! Violation!!!

The reason I know this is because Patti went to Jenny talking shit making accusations because she knows I care for my partners needs. In turn Jenny starts harassing me about my income several times. She also had her daughter and son who are underage place income paperwork on my door.

It’s not for your kids to do your fucking  job you lazy bitch!

“Oh I am scared” I’m scared, her favorite line she uses to make excuses for herself.
“Oh I am scared”, if your so scared go work elsewhere!!! Jenny is a Christian snake with a swag of DEVIL 😈inside of her. You know the kind that brag about church!

VIOLATION!!  Underage kids have no business at tenants doors!!! You have time in the day from 9am to 6pm when you are here. Jenny is a lying snake and thinks she is smart by allowing her kids to do her job late at night.

More than likely she got picked on as a kid and now its “pay back” taking her abuse on tenants. Patti also goes around writing down the plate license car numbers on a piece of paper to keep for her own personal use. Jenny Carmena verbally sharing confidential information about tenants to another tenant Pattie #102 at 13350 (WHO IS NOT AN EMPLOYEE) OF Jim Lippman is a VIOLATION!!!!!!

I have seen her do this with my own eyes!! Oh, she will do anything for Jenny, you know the “rat” type? Those perks must be really good.

So then Jenny ignorantly confesses to me how she is calling the state controller to gain info of my paychecks. VIOLATION!! Hey dumb ass your wasting your time, they won’t tell you shit anyways!!  If they did its breaking the law!!!  Her job is not that important to her.

Jenny Carmena enjoys bulling and threatening tenants all the time.  Also talking to Patti about my personal finances is breaking the law and violation of tenants rights! When the courts open, I am filing a restraining order and if anyone wants to collaborate with a civil suit against Mr. Jim Lippman contact me.

It’s time to stand up for ourselves and hold him responsible for the violations and abuse of his manger Jenny Carmena. Her abuse and unprofessional manner with so many violations needs to be addressed and held accountable!

STOP LYING TO TENANTS YOU ARE A MANAGER, YOU LYING CUNT!!!! YOU SNAKE! 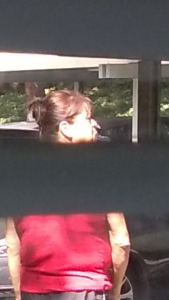 TOXIC RAT FOR MANAGER!!! PATTI’S CAR HOW DOES IT FEEL BITCH!!! 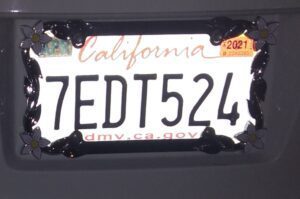 As for Patricia who lives in apt #102 13350 Hillsborough Dr. LaMirada, Ca NEEDS TO BE EVICTED!!!!  EVERYDAY PATTIE WOULD WALK HER STUPID DOG AND STANDBY MY APARTMENT GOSSIPING!!!!


SHE IS AN UGLY LYING CUNT WHOM TELLS EVERYONE SHE IS A MANAGER, SHE IS A SHIT TALKING CUNT A MEDDLER!!! CAUSING PROBLEMS FOR TENANTS, STEALS FROM UNITS AND IS BREAKING THE LAW HAVING ACCESS TO TENANTS FILES AND PERSONAL INFORMATION. PATTI IS NOT AN EMPLOYEE OF JIM LIPPMAN. CIVIL SUIT NEEDS TO BE FILED AGAINST VIOLATING TENANTS RIGHTS.