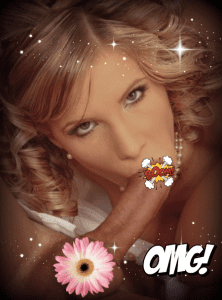 As I was looking up some information on “cheating husbands” I found this website exploiting the “other woman” and cheating husbands.  Men just can’t stay away from the pussy that’s why?  I’m sorry ladies that is the bottom line. Men are PIGS!!! I know how it feels I really do, but I was only married for a brief time, very brief and long ago and then  I chose to go my own way.  Yes, the scumbag I was once with cheated on me too, frankly, he did me the favor I just didn’t realize it at the time.  Oops there I go again losing track of my point. Anyhow, I was looking online about cheating husbands when I found this website called “She’s A Home Wrecker”.  Why am I not surprised:-)  If the other woman is the homewrecker, then what does that make your husband, “man of the fucking year”?

This is a pathetic way of taking revenge on the other woman who fucked your husband, but I guess you have to place the hurt somewhere. I’m fairly certain the owner of this site dealt with the same circumstance. Frankly, what is it going to do to the other woman? Other than embarrass her.  These days everybody and I mean everybody is guilty of something, some people are just more extreme than others, but fraternization has always existed and it always will. Don’t get me wrong I’m not supporting the woman who slept with a married man, but then I’m not condoning her either.  It’s not your fault as a wife. Both parties made a choice and if they make the choice it’s the responsibility of both parties, but it’s going to hurt other people.

The problem women face who are married put too much faith and trust into their man believing him to live up to the marriage vows and expecting more than they are truly capable of. Men are not capable of being faithful, their stupid, immature, highly insecure of them-self, full of jealousy and contempt, self-loathing pieces of shit.  It takes a very mature, secure confident man to love himself and to love and respect another woman, one woman for the rest of his life, to be faithful.

You (married women) should be asking yourself what is wrong with your relationship?  Or is there anything wrong with it? If a man can’t get the constant love, attention and sexual gratification he wants from his (he craves for secretly) significant other he will seek it out from another woman just to have his ego stroked and dick sucked to assure his uncertainties as a man.  He’s a misfit within himself a true coward.  Hey, ask yourself do you really need to raise an oversized child just to have a husband?

The more I read these pathetic responses of wives bashing the other woman with dirty words, and anger I can’t help but laugh. Putting her on blast is only going to make you look bad as well and if the woman has a colorful past that doesn’t make her a bad person, but keep in mind your husband is spending time with her, so it reflects on everybody.  You really don’t know the other woman, but yes I do agree she should have not been involved with a married man. It won’t last and it’s not realistic, very few men ever leave their wives for the simple reason, they’re scared to. He knows his wife will make his life hell.

Maybe it’s time you wives should take a look at your selves in the mirror and analyze the situation, ask those questions you’re too scared to ask? Find out what is going on with him?  If your man had any respect for you he wouldn’t have betrayed you in the first place, he would have had the confidence to express how he feels. He’s not in love with you that’s obvious if he’s cheating. For a man to fall in love is extremely hard, men only marry to benefit themselves for the most part or because they feel obligated.  Women and men really don’t know how to treat each other right, they sometimes invest more time hurting each other than respecting each other. As for the other woman, she just wants what any woman wants, a nice home and a loving man, but she won’t get it from a married man.

People sometimes find themselves having affairs because of what they lack in emotions. These affairs will not last however, that doesn’t diminish the value of people wanting to be wanted, a human need of intimacy and two people caring for each other. And I’m not just talking about sex, men want admiration to feel important and appreciated (and so do women). So instead of you women who are bitter and angry at your man who strayed start asking yourself why did he stray? And no I am not blaming you. What is going on with him and your relationship, focus on the problem to bring him back so he learns how to appreciate the family he has and not take anyone for granted. And the same goes for you men for those wives that cheat.

It’s hurtful and shameful when a man is no man and can’t be responsible to care for his own children because he places his own needs first.  Hurting your woman is one problem, but disappointing your kids is seriously another.  These days it’s the norm as long as men get an erection their going to cheat, it’s a solid guarantee.  Ladies when your children who are males grow up more than likely they will have the same mentality. Do whatever it takes to improve their way of thinking about how they should treat a relationship.

We live in a fast-paced, materialistic bullshit world made up of celebrity status that is more rewarding than human integrity, a patriarchal male-dominated view. A money system that has corrupt the human spirit and lacks human respect. Technology that has paved the way for exploitation and making a fast buck from pornography to sites such as this with bullying and human humiliation and the poison of the WHITE RACE. Why are people so ignorant to think living in western culture today is the “American Dream”?