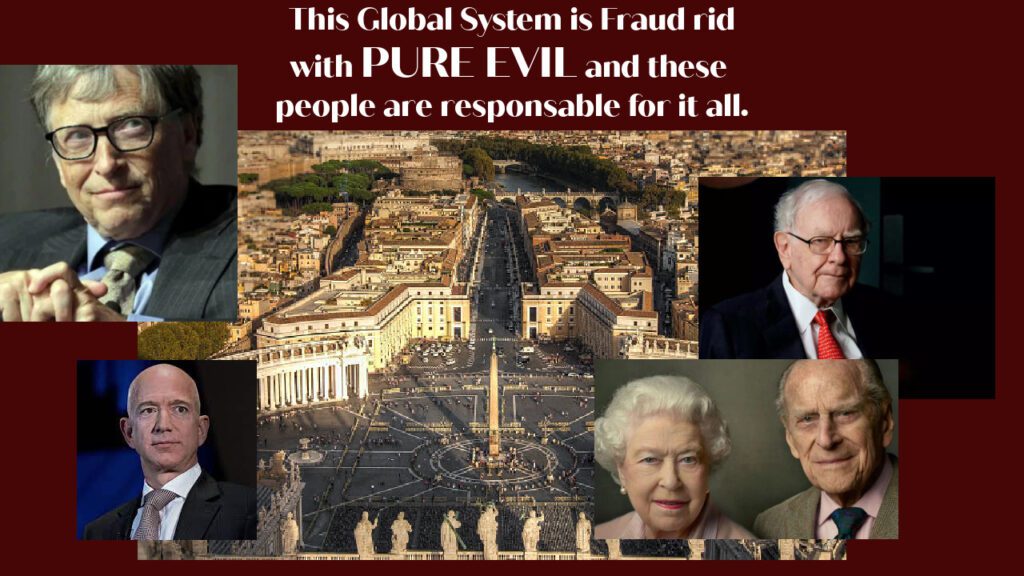 Royalty is a lie, it was made up centuries ago before America was discovered, the Egyptians may have created the concept, to separate themselves from those they kept in slavery. The concept of royalty may have been developed even earlier than that, during the time of the Atlanteans. Yet like every group of the human race, man has two problems that lye deeply rooted in the soul, “greed” and “murder” and you can’t have one without the other. All these people may have not started it, but don’t be fooled they are well on board viewing themself as a master of the universe, an innovator to re-establishing the slavery again among the human race, just as it was during the time of the Roman Empire and stealing all of the wealth to keep most people in poverty, this occurred in Britain as the banking system developed and later shifted when America was born.

However, if we think about today and how fraudulent this entire system really is then nothing has changed.  People all over the world continue to be blind to the theft and fraud that keeps most of us in poverty. One thought, the “ELITES” of today won’t be able to depend on their off spring to carry on their legacy. The children are weak and stupid, this is where one very large problem falls. these EVIL DOERS, don’t see that far, like they think, because their off spring is not going to fulfill the end goals, they will fail and the Human Race will be destroyed and end in approximately 320 years from now.  Just like it did during Roman Times.  The mentality of today’s off spring is very different and very liberated, it’s also mixed breeds of people.

Much of what I am describing here has been told by many people in different forms. Informing the world we need to stand together against this FRAUD and CORRUPTION. If we continue to allow these EVIL DOERS to create man made virus’s, spray poisonous chem trails on us, kill us with CANCER, poison our FOOD we will have contributed to our own DEATH. The children of today that are born will have nothing left, they will become scavengers in a world that is left barren. STOP TRUSTING THE EVIL THAT KILLS US ALL!!! STOP TRUSTING THE BANKING SYSTEM, THE IRS, THE TAX SCAM AND THE ELITES ITS ALL A LIE, ITS ALL FRAUD.