A central problem within feminist discourse has been our inability to either arrive at a consensus of opinion about what feminism is or accepts definition(s) that could serve as points of unification. Without agreed upon definition(s), we lack a sound foundation on which to construct theory or engage in overall meaningful praxis. Expressing her frustrations with the absence of  clear definitions in the essay “Towards a Revolutionary Ethics”.Carmen Vasquez comments:

We can’t even agree on what a feminist is, never mind what she would believe in and how she defines the principles that constitute honor among us. In key with the American Capitalist obsession for individualism and anything goes so long as it gets you what you want.

Feminism in America has come to mean anything you like, honey. There as many definitions of feminism as there are feminists, some of my sisters say, with a chuckle. I don’t think it’s funny. 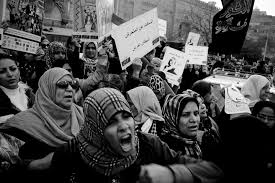 It’s not funny. It indicates a growing disinterest in feminism as a radical political movement. It is a despairing gesture expressive of the belief that solidarity between women is and not impossible. It is a sign that the political naivete which has traditionally characterized women’s lot in male-dominated culture bounds.

A central problem within feminist discourse has been our inability to either arrive at a consensus of opinion about what feminism is or accepts definition(s) that could serve as points of unification.

Most people in the United States think of Feminism, or the more commonly used term, “women’s lib” as a movement that aims to make women the social equals to men. This broad definition popularized by the media and segments of the movement raises problematic questions.

Since men are not equals in white supremacist patriarchal class structure, which men do women want to be equal to? Do women share a common vision of what equality means? Implicit in this simple definition of women’s liberation is a dismissal of race and class factors that in conjunction with sexism, determined to the extent to which an individual will be discriminated against, exploited or oppressed.