Americans too Dumb to realize how Corrupt the USA Corporation Is.  If they’ve been paying attention, Americans have received some rude wake-up calls in recent years. What unpleasant news do these messages convey? The country is a lot more corrupt than Americans realized.

Since 2016, of course, concern for corruption has been riveted on the sleaze show that is the Trump administration. As the New York Times revealed last fall in a remarkable investigative report, US President Donald Trump’s life since boyhood has rested on assorted frauds, tax scams, and shady business dealings, and his recent conduct suggests high office did not alter the family’s modus operandi. Let’s not forget paying for prostitution, verbally stating he wants sex with own daughter and being a baby killer and child murder, most of the children have died in those camps. 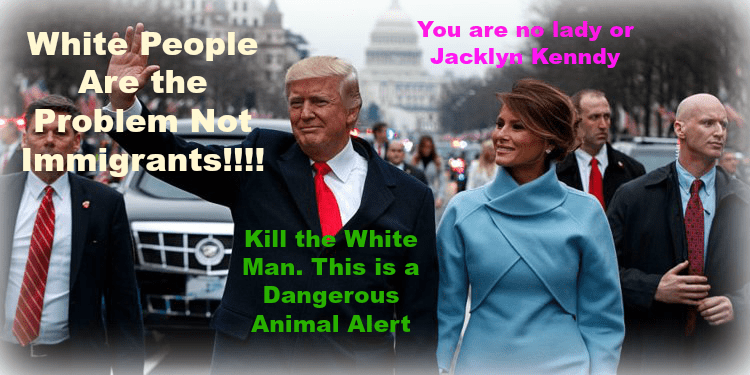 Since becoming president, Trump has breezily ignored the emoluments clause of the Constitution, handed taxpayers a multimillion-dollar bill for his frequent trips to his own properties, appointed his daughter and son-in-law to sensitive positions for which they are manifestly unqualified, and surrounded himself with a host of shady characters.

Former campaign chairman Paul Manafort and several other campaign advisors has been convicted of fraud or other crimes, former National Security Advisor Michael Flynn has been convicted of lying to the FBI, and Environmental Protection Agency Administrator Scott Pruitt and Interior Secretary Ryan Zinke both resigned over ethics violations. Secretary of Labor Alexander Acosta is under fire for the plea deal he gave the wealthy and well-connected accused sexual predator Jeffrey Epstein back when Acosta was a US attorney in Florida, and Secretary of Commerce Wilbur Ross continues to serve despite serious conflicts of interest.

Instead of fulfilling his campaign promise to “drain the swamp,” Trump dug it wider and filled it deeper. Small wonder that the United States has fallen out of the ranks of the top 20 “least corrupt” nations—according to the watchdog group Transparency International—and is now considered a “country to watch” by that nonpartisan organization. But the problem is in fact far more serious than Trump and his entourage. Consider some other recent scandals.

Example #1: The 2008 Financial Crisis. To some extent, the 2008 financial crisis is a case study of hubris, where self-styled “masters of the universe” convinced themselves they had devised financial instruments that had reduced the risk of a panic to miniscule levels. But the crisis also exposed systemic corruption inside key financial institutions. It wasn’t just a few crooked mortgage brokers offering lots of bad loans; it also involved serious abuses by ratings agencies, investment banks,& government-backed lenders like Fannie Mae, and even some academic economists. At least we can take comfort in the fact that the people responsible for cratering the world economy were held accountable and got punished, right? Er, nope.

Example #2: The Boeing 737 Max. The more we learn about the second recent crash of a Boeing 737 Max aircraft, the more disturbing the tale becomes. While a final determination of the causes of the two recent crashes has yet to be made, it seems increasingly clear that Boeing rushed the new plane to market, downplayed the need for additional pilot training, and used an increasingly cozy relationship with Federal Aviation Administration regulators to win approval for the plane. The world seems to have woken up to the conflicts of interest here: The United States was the last country to ground the plane after this month’s crash, and Ethiopian authorities chose to send the black boxes for analysis in France rather than in the United States.

Example #3: The (Latest) College Admissions Scandal. It’s no secret that admission to elite institutions of higher education isn’t the pure meritocracy that universities try to convey. Being part of an alumni family (a “legacy”) is a big plus, and it seems to help a lot if a parent gives the school a big donation at just the right time.

But last week’s revelations that wealthy parents and celebrities were colluding with William Singer (a professional “admissions counselor”) and a bunch of corrupt coaches and administrators to get their less-than-fully-qualified kids into elite schools by falsifying test results or passing them off as gifted athletes was still an eye-opener. It was also more evidence—as if any were needed—of the corrupting role big-time athletics play in the life of American universities. Don’t even get me started on that subject.

And let’s not forget that a number of venerated institutions in American life—including the military and the clergy—have been rocked by serious scandals over the past several decades. In addition to the horrifying history of sexual predation and cover-ups in the Catholic Church, the US military has been wrestling with a serious problem of sexual assault in the ranks, a wide-ranging procurement scandal that rocked the US Navy, and the discovery in 2014 that 34 missile launch control officers conspired to falsify scores on proficiency exams. Americans too Dumb to realize how Corrupt the USA Corporation is.

Tags: america will fall, americans, americans are dumb, corruption on every level, financial corruption, human race will die, slavery in america, theft and greed, usa is corrupt
This website uses cookies to improve your experience. We'll assume you're ok with this, but you can opt-out if you wish. Cookie settingsACCEPT
Privacy & Cookies Policy