Chris Acosta died from Drug and Alcohol because of Tom Acosta. Tom Acosta was an abusive father who killed his entire family. People don’t speak on the subject of death in everyday life I guess because it seems negative and a depressing subject.  However, I feel it doesn’t have to be negative, something good could come from it. At the very least humans need to try and understand it when it occurs, for this, we might fear it less.

As humans, we choose to believe we’re special, (especially if people possess money and status), but in reality were not our lives are just a glimpse. The problems with most humans, people haven’t learned to respect one another.

People purposely hurt one another because of jealousy, insecurities, and greed (the desire to feeling powerful). Parent’s hurt their children, children hurt their parents, siblings tear each other part and friends betray each other again and again, let’s not forget those special unhappy married couples who grow to hate each other over time.

Yet when death occurs in a family especially where there is betrayal, this is the time we start to look at ourselves a little closer. The feeling of guilt of what the person could have or should have done differently.

No one likes the feeling of guilt it’s something we refuse to take responsibility for. There is also the question of our own mortality, “that could have been me” question? Dwells within us.

I can’t say I’ve ever expressed this particular question in my own head, but I have examined it as closely to try and understand why this person has now passed at an early age in life.  Sometimes I know the reason or most of the facts, other times it’s a mystery and a complete surprise to me they’re gone.

My father dying was not a surprise to me, I knew it was coming, but after I called a few people to tell them, what did surprise me was the inconsiderate lack of response. Having nothing compassionate or respectful to say and that really pissed me off. Just recently I came to find out someone I knew as a child growing up died last year.  At first, I was surprised, but then later when I reflected knowing who this person’s father is a low life degrading asshole Tom Acosta it came to no surprise to me at all that  Chris Acosta had died at 52.

Our fathers were friends in school so I grew up with the Acosta boys, whom I have known all my life, but as I grew older in my early 20’s we lost contact even though we were still in the same area of Hacienda Heights.  Many of the people we associated with knew each other in one way or another.  After my father died in February, I called Sylvia Acosta and told her, she didn’t have much to say and the conversation lasted for all of 3 minutes since that scumbag Tom Sr. told her to get off the phone and not speak to me.

This is someone who is supposed to be a friend to my father (friends like this one doesn’t need enemies). I hadn’t seen Sylvia in a very long time, the last time I did see her is when Tommie Jr. died. See…Sylvia and Tom Acosta had four sons all of which are dead except the youngest Michael.  What I am about to express will seem foul-mouthed and harsh, but I am expressing my anger all towards and about Tom Acosta Sr. in hopes all who know him will read this.  If they know him at all I likely doubt there would be anything to disagree about.

Nearly twenty years ago is when Louie died of AIDS, which originally everyone was told it was Cancer.  Frankly, what was more of a concern to me, was his mother, Sylvia’s feelings and the loss of her own child. I couldn’t imagine how she must have felt her son dying.

Louie was so young when this happened, but what burned me up was the lack of respect to my family that his funeral was kept from us and what had happened, especially since my family was not allowed or invited to attend. However, I decided to show up anyways when I found out.  When Tom Sr. saw me he behaved like an utter smart ass and I just told him to go fuck himself and back off I wasn’t there for him. Let me describe just some of the few mild moments I remember about Tom Acosta, but I won’t shock you of the honorific details he has imposed on others especially his own wife and children.

I recall as a child the many times our families spent the holidays together, camping up in Big Bear Lake was great, many times were good times, but with that came the disrespect Tom Sr. continued to act out on my parents with nasty remarks, interfering in their marriage with manipulating scenarios and lies. These are just some of the examples of a man who is no man, no human who is a real friend, but a liar and a destroyer to anything or anyone crossing his path including his own family.

I don’t know much about how either Tom and Sylvia grew up, but what I do know about Sylvia is she had no mother and was the kindest loving individual next to my own mother. She married Tom when she was just school girl (15 years old) and never knew herself, but yet everything this asshole did was to control, dominate and strip her of her own identity and livelihood as a human being.

He made sure she would have nothing and I mean nothing, she had four boys which Tom merely provided for, they never had toys as children, never did I see a decent piece of furniture in the same house they have lived in for the last 40 years and never has Tom ever acknowledged her as his wife that he loved or adored her.  He abused and mistreated throughout the entire marriage.

If anything all I can remember is the abuse he subjected her to, the alcoholism, drug abuse he introduced as a way of life to his own sons (this is the way to be) and the point of his marriage was that Sylvia “owed” Tom. I will never forget it when he said this to me one evening over dinner, I just looked at him in disgust. Owed him, for what I pondered? He made sure her life would be only to exist in his that her need was to service his insecurities and self-loathing doubt he had of himself.

He showed his boys no “love” at all. They were never educated and never had an understanding they had choices to get away from Tom and better their lives.  Only Chris and Mike worked hard always had good jobs. They made a home for themselves, but Chris was introduced to drugs at a young age from his father’s brother Ruben and continued to have this problem in addition to the alcoholism this is why his life is over. 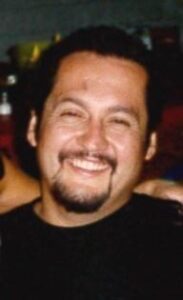 Tommy Jr. died of the same causes also at a very young age, but Michael stood strong against Tom and never caved into his destruction (Michael is just emotionally screwed up from abuse).

He never fully allowed himself to conform to the family shit his father is responsible for.  In some secret way, I believe Michael hates Tom Sr. for all he is and what he has done to others, but he’ll never admit this out loud because even the most abused child will still protect and defend the parent, no matter what, Tom is still his father.

The last time I saw Michael he had no gracious words to express to me with condolence’s about my own father’s passing, but only to vent of the anger he had of certain people showing up who were not allowed to attend Chris’s funeral.  He also described when he saw his brother Chris before he died he looked horrible and he knew his life would be ending. Up until Chris died Mike stated how scared Chris was knowing he was going to die.  This is expected when a person has come to realize they have taken life for granted all they were blessed with, they couldn’t see themselves to save their own soul. Now it’s over, it’s permanent so therefore it’s hard to embrace death.

What resonates on mind is why this worthless piece of self loathing dog shit Tom Sr. is still alive?  I can only speculate GOD must have a special plan, maybe that Tom Sr. is left to suffer with guilt and regret of knowing he destroyed his own family.  His boys are dead because of him.  Michael shared with me some rather interesting news that recently Tom’s mother passed away and left him $150,000 dollars from her property. Michael was surprised Tom wasn’t cut out of the inheritance since he never gave a rat’s ass about his own mother.

He never even spoke to her, he didn’t care she was gone. However I was only surprised she was alive all that time, I had no idea, but this is what happens when no “living trust” is specified. Of course, he could have easily been cut out if there had been a will. And knowing Tom Sr. he never would have contested the will considering the cheap fucken miser he is, but go figure a fucken asshole scumbag like that, who kills his own sons, abuses his wife and has the most immoral behavior only to inherit all that money and let it ride in the bank.

Mike’s only concern as he expressed to me was to fix his own financial problems with the IRS before this asshole drops six feet under since Mike is the only living relative left. For the record Tom Sr. is the biggest scum bag piece of degrading shit that lives.  He’s the next best thing to all those crooked politicians who live with their sins and sleep like a baby still walking the earth and doesn’t give a second thought to what they do.  Then who would give a thought to it when you’re a fucken drunk every day, what’s there to feel bad about?

To anyone who knows who I am talking about please share my thoughts with Tom Sr. I want you too:-) Tom Acosta is a destroyer and killed his whole family.