Bristol Farms Market endorses Sexual Harassment and Racism. Bristol Farms market is a high-end store with low wages for employees who are women of color. This company cheats the consumer with extremely high prices. I know I worked there. Management endorses sexual abuse and racism against women of color.  The Beverly store makes about 2 million or more a year. As you know it’s important the white man Tony McAndrew’s gets his bonuses and then some.

Tony has to keep that white woman he married happy or she won’t stay married to him for long. I have no doubt as soon as corporate reads my blog or some moron on Twitter, they’ll have a very clever comeback with an  ignorant line of bullshit in the mix. Hey, knock yourself out!! I should have written this years ago.  I haven’t forgotten of the corruption and rottenness that is founded within this business.

Oh, that’s right the founders were Left Hand Path Luciferian.  And no you stupid ass white people there are No Christians here!!!!!! Mostly Jews at this store and Freemason, but what corporation isn’t these days?

Bristol Farms was founded on occultism, there are many symbols within the Beverly Hills store, which I discovered when I started working there. For example the number 666 was apart of the phone system. It was the internal phone number throughout the store to call when you needed to reach management. Just to educate everyone, demons and angels expect something in return when humans summon them to provide money and business in exchange. They appreciate public acknowledgment, this is why 666 is the number to phone system.

These numbers represent Sorath the Sun Demon.  Sorath is the Adversary to Christ.

Okay moving along let me share with the world, my experience at this company which is built on occultism. Most corporations and business are built on occultism or claim to be FREEMASONS.  I just never realized how much until I worked for Bristol’s. Actually let’s begin from the end and I’ll work my way to the beginning.

I walked away with a more than a few grand in my pocket from this company after suing them. I sued because the manager Tony McAndrew’s refused to provide help for me as he was supposed to do. He couldn’t fill a specific position that consisted of a three man job and I was the only person working it and providing high volume. My arm and hand turned physically crippled from repetitious work.

For a short time a young kid was helping me, but he didn’t care and was slow. He was also to busy screwing some of the girls, like Tyre Cruz (Solis), after a couple of months he walked out in the middle of a shift.

So after breaking my back working 55 hours a week, pushing and lifting over 50 lbs of fruit, packaging, producing and pricing this shit, the manger Tony was a pig not to provide me with a raise. Let me think of his words, “I don’t like giving raises, because people don’t do their job”.

This piece of shit is a fucken low degrading cock sucker. This racist fuck, sucks dick to the VP Adam Caldecott to keep his job! I’m the only person that stuck it out doing this work!!! Tony is ungrateful employer who needs to be fired!!!! HEY TONY GO FUCK YOURSELF!  MAYBE YOUR WIFE SHOULD KNOW OF YOUR EXTRA MARTIAL AFFAIRS? WHAT DO YOU THINK?

Tony McAndrew’s has never worked a day in his life, he is too busy being a racists and talking shit about Mexican people who work here providing low pay, and endorsing discriminating tactics. Tony is the kind of person who APPEARS to work and takes credit for the labor other people do. He is a racist boss!

Let me just say, Tony takes the $500 cash he is given from Adam Caldecott and pockets the money. He serves the managers food from the kitchen, when in fact he is supposed to pay for a catered luncheon during the monthly meetings!  This is what a pig he really is!! The male managers are never punished, but the female workers are transferred out to another location or fired when sexual harassment becomes a problem and is exploited!

However, it didn’t seem to bother Tony to give the baker a raise of several dollars, but then he’s white. Also Ashley, the 400 pound whale who sat on her fat ass making price signs all day. That fat bitch never did any labor and Tony gives her an office and her own desk. How kind, she is also white.

Let me not forget he also paid Tyre Cruz (Solis), more than she deserved. Tyre was just hired coming in making $15.00 an hour. This person called off 3 times her first week, usually came to work hung over and spent a great deal of time fraternizing with the guy from produce (who walked out).  Tyre was also having an affair with Manager Mazin (whom is married with kids). When co-workers and managers start having sexual relations in the work place, it’s a serious problem. Mazin also had a sexual affair with a girl named Jessica, who was trying to become a part of management, but instead she was fired!!

Evidently a manager by the name of Lizardo Estrada in the produce department was notorious with sexual harassment. He made a habit of sneaking up behind women and hitting on the female customers. Several young women complained about Lizardo. At one point, soon after a meeting took place with only managers allowed about this very subject. By chance Lizardo was schedule to have the day off.  How convenient. Several young women complained about Lizardo, nothing transpired from it. It’s only a spanking for the men, but the women they were transferred out or fired!! 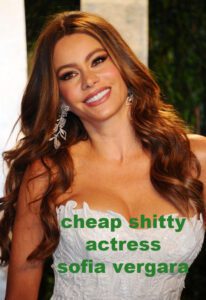 Let me add do you know this actress?  Frankly she sucks but was at Bristols one day and Lizardo said she was a stuck up bitch, maybe Lizardo she doesn’t like you hitting on her with your cheap tactics!

Lizardo is also married lives with his wife and mother in Pasadena, but he’s not the only manager soliciting women. Mr. Reyes of the Deli department also enjoys sexually harassing women. During a time of my employment he was fooling around with a young girl, but Reyes wife found out, comes to the store and starts to fight with the young woman. It was a really big scene, really big:”-) She was gone, nothing happened to Reyes of course. He’s been there for 20 years if they fired him he could sue them for breach. These men still work at the Beverly Hills location at 9039 Beverly Blvd!!!

A company can’t watch everyone’s behaviors, but when management behaves and lies to cover up the wrong, there is no trust. However, I have plenty of anger to put you on blast and Bristol’s you deserve every bit of embarrassment and marks on your reputation.

This company also lacks in proper training, 6 months after I worked there an orientation was finally called and Tony would pick an employee to go around with a chart forcing us to sign off on training and safety techniques. These were never provided to any employee, just another scam to cover their ass.

This company is extremely corrupt on so many levels. They once told this worker Carolyn to not report her injury and they paid her $500 in cash. An object fell on her arm, it was in a cast and she still worked. Bristol Farms of Beverly Hills cheats the consumer daily, never do they have sales and when they do, the price is raised only to appear as if you are saving money, but your really not!!! Kiss my Ass Tony McAndrews I pray you catch a disease and your dick falls off!!!!

Shop smart do not pay for over priced items, they are ripping you off! Fuck off Bristol Farms!