Patricia Lynn Asher Says Black is Beautiful, hey who am I to argue you that? However, I believe she just Needs the Approval. I’m not here to disagree with her statement, but she did the day she showed up. Pattie Asher was brought up to be Racist, but she rebelled against mommy and daddy.

Some people want to believe “racism” doesn’t exist in today’s modern western culture. However, it’s my view as well as my experience that “racism” exists more than ever. It exists in the smallest doses in a greater quantity of human behavior.

Especially those of white human behavior with a great deal of contradiction and hypocrisy attached to it because, in the end, those white people are really not as good as they think they are. As children are growing up parents don’t teach us what “racism” is, (maybe because they don’t understand themselves). They’re are all too familiar with only the abuse and labels that come attached to the racism and all the stigmas handed down from generation to generation.

Yet a person quickly learns through harsh negative and sometimes physical and verbal abusive experiences how deeply it affects us emotionally and mentally. Growing up our neighbors Greg and Donna Asher (deceased) who lived in Friendly Hills. Which is uptown Whittier, Ca are typical all American white family gone diversified.

I can recall a number of times Donna Asher running over to our home to ask my mother for answers to questions on raising her kids. As typical white trash needs someone to hold her hand.  Typical white woman can’t figure it out on her own (typical white person, needs someone else to explain it to her). White women are the laziest bitches!!!

Also, a number of moments she was a real bitch to me because it pleased her to pick on a kid who wasn’t white skinned. However years passed and one day the phone rings it was her lovely daughter Pattie Asher, blonde hair, blue eye snotty bitch who decides to call my mother (being her Godmother) to be seeking approval again.

Her attitude at that moment when I answered the phone she behaved like a snotty shit, she’s always been. with an attitude of thinking she is better than other people. Her nasty voice in how she spoke to me defined her true character, which is lacking. I soon hung up on her, since I felt I had the choice of not subjecting myself to her ignorant bullshit.

Low and behold years later that same blonde bitch shacks up with a black kid from Oakland, Ca who was beating her up at one point and later got her pregnant (whom she was in love with or maybe just rebelling against her daddy). This was so amazingly wonderful just to know she had a very rude awakening in her life only to end with her father Greg Asher disowning her as his daughter. As Greg, said, “you ruined your life”. Hahah well sorry papa I couldn’t find a whiteboy who was a doctor to marry  me!!

Greg was so bothered by this entire situation he never again spoke to Patti (his daughter).  Just as he never spoke to his only sister who married a black man years prior. Honestly, I like Greg Asher as a person he used to make me laugh; he had no problem with us Mexican folks, but he still knew he had the greater privilege (which of course is an illusion). Funny, how it’s only a concept. Yet when it came to black folk he was a racist as Hitler was toward the Jews.

I guess I have to admit it’s terrible of me to silently mock the unwanted Ms. Asher as she sat at my parents table the last time I saw her trying to convince everyone in the room that “black is beautiful”. However, she deserves what she got, the rude awakening. But in turn why? she came over was not because she really wanted to visit. It was because she needed my mother’s approval. She needed it because she wasn’t getting it from her own parents.

Now don’t misunderstand my words, I am not belittling the fact she is being mistreated by her boyfriend, no female deserves that. Frankly, I could care less what type of man she dates, it’s her fucked up attitude that pisses me off.

What I am talking about is all the times this ratchet little bitch behaved the way she did to me for no apparent reason than just to be nasty as she chooses like her mother Donna did. (Her underlying racist attitude no one speaks of).

The uncanny remarks, the put-downs, the mocking and white dominating attitude towards a kid of color (me) and for what? This bitch didn’t know any more than I did at the same age. Now she is getting a taste of her own medicine from her own father, who disowned her, was now a harsh reality to cope with.

Of course, she was still a snotty little cunt, but her demeanor was different in some way that particular day, she was embarrassed and felt ashamed. Her insecurities had surfaced more than ever from her own personal circumstances she had no control over. What I will say on a positive note is her mother was there to help from a tragic abusive situation and Patti gave birth to a healthy and beautiful little girl. 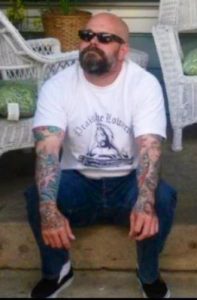 Patti Asher’s brother Jeff Asher of Whittier, Ca another racist’s ignorant asshole who talk shit about people on “welfare” without knowing the facts or politics behind it. Yet Jeff forgets the only reason he has a job is because of his father Greg. Jeff was busted for trafficking drugs with a friend and did 3 years in prison before he went to work for his father. Jeff your just uneducated white trash.

Tip of the Day, the IMMIGRANTS OF ASIAN decent who come here to this country are ALLOWED to apply for CAPI at the Welfare office. The State of California has no problem giving these IMMIGRANTS money being IMMIGRANTS. They have NO CITIZENSHIP, their kids have them collect it and its over $1000 a month, that is more than any single mother will get with kids.  The USA Corp is very RACIST and allows millions of IMMIGRANTS TO COLLECT WELFARE at the Expense OF TAX PAYERS!  Just like they allow all other IMMIGRANTS, Russians, Polish, Armenians with their EB Visa’s to come to this country. These mother fuckers never leave after having one kid to keep them in the country and most never become citizens!

It’s their ticket in, because the USA Corp makes fucken CASH, millions letting everybody in, but treat the Mexican people like shit, they don’t have money for an EB Visa. The reason I know this about the Capi I once worked for the department. So I am aware of their dirty secrets. So before you talk shit, get your facts straight!!! BTW Jeff everyone is a fucken slave in this country because they work paying into a tax that is FRAUD!!!

“ALL PEOPLE ARE BEAUTIFUL IF THEY CHOOSE TO BE”.

Tags: #Black is Beautiful, #Greg and Donna Asher living in Uptown Whittier, #Ignorance of a White Family, #Jeff Asher Brother, #Need for Approval, #Pat Asher in Whittier, #Patricia Lynn Asher, #Pattie Asher lives in Whittier. #Patty Asher, #White Racist Family
This website or its third-party tools process personal data.In case of sale of your personal information, you may opt out by using the link Do not sell my personal information.
×
Privacy & Cookies Policy