Marrying into any family isn’t always what you expect, because when your young, your only thinking of the man you love and having a happy family, building your own roots. Family is the foundation to healthy happy people at least it should be. This is how my parents started out young and on their way to a new home, and family. Unfortunately it ended different.

Of course when it doesn’t turn out the way you dream about, as no one can for see problems or trouble makers, disappointment is what we experience. Many factors are the reason and some of those causes have long extensions of why Depression may exist, or Alcoholism in the Family. What I’m saying is there are other reasons behind the problems we face, because life is not cut and dry or black and white. Let me begin this story from the time of “BETRAYAL”.

It was about 3 pm in the afternoon, my mother calls and leaves a message without really saying why she’s calling? By the sound of her voice I already knew it was to tell me my father died. Two weeks prior to that I wanted to come over and visit and I recall her telling me NO! Just No!  So it was no surprise to me, I was the last person she called with the news,  I was my father’s only daughter and I’m being called last and the excuse was, because I didn’t have a car at the time. What the fuck does that having anything to do with it? It doesn’t, she just couldn’t think of any other excuse to make up. The woman who gave me life was never good at lying.

Betrayal begins at home, and from those who closes to us. i had to travel on a bus and train which later, took my three hours to get back home. Frankly I’m sorry I went at all, the two evil step-sisters were there pretending to care, Antonia Contreras and Debra Velarde. And the two ungrateful useless penis-heads who portrayed themselves as a son. One is weak minded and stupid, the other a drunk with a dark side. It didn’t take much to hate this group of people I once called family. I went in for awhile to see the man I knew as my daddy, but really never knew who he was. I never knew his pain and why he at many times resented me. Just as I was leaving the room Gloria comes in with her famous statements at me, “don’t take anything”.

I don’t know where all this bullshit comes from because I had never had taken anything to begin with, but that day I was glad I choose to. I only regret not taking certain documents I should have, because I know what took years of family history to collect she threw in the garbage. I just looked at her in disgust and told her to zip it. I was sick of hearing this bullshit.

Gloria always had a way singling me out, so now I am at the point of questioning her why, she steps over me?  Why she called me last and yet everyone else was already here?  Listening to her lame excuses was enough to piss me off so much I just thought fuck it, why should I be the one to take this abuse again? Gloria never knew me, always regretted having me, it was hard to have a relationship with her because of her own insecurities and lack of identity. One thing I will never forget is the ongoing arguments my parents had during their marriage and how she promised when my father died, his family would never know.  She would never tell them.  I remember that clearly and when I reminded her, she denied ever saying it. So I choose to use it against her, because I was angry at her stepping over me as she did and calling me last like it didn’t matter. 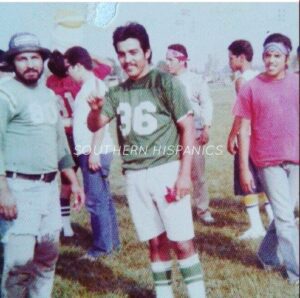 I told my fathers brother Bobby Palomarez who lives in Moreno Valley and Gloria was enraged with anger. Why be angry, if you never said it? Why hold it as a grudge for the rest of your life? When I reminded her of the arguing and saying she would never tell his family when he died, then why continue to be so mad and go behind my back and bad mouth me to outsiders like she did?  IT WAS HER OWN PERSONAL REVENGE. SHE DID SAY IT, BUT ADMITTING SHE IS WRONG IS A TYPICAL PISCES WOMAN. This zodiac acts like they walk on water and never make a mistake. We were both wrong for hurting each other.

One thing I can say now, I tried hard not to make the same mistakes my parents made. Regardless, all parents fail. A job not worth having. Gloria use to tell me how hurt she was because my grand-ma wouldn’t communicate to her the way she needed her to.  Frankly, my thoughts were, the same abut my parents. For my grandmas, it’s not that she wouldn’t, my grand-ma couldn’t, she didn’t have a voice. She didn’t know who she was, so she choose not to say anything at all.

Gloria was a great mom, but she to, had no voice, regardless she had the chance to speak to me and communicate just as she told my grandma, “I’ll always talk to my kids”. YEAH, well that is sometimes easier said than done.  I was once there in my life with NO VOICE, I couldn’t speak for myself, but now I have no problem doing just that.  Gloria you had the chance to voice yourself and speak to me, you choose not to. It was easier to disregard me altogether. I speculate it’s what she wanted all along.  See what we sometimes really want, our unconsciousness just wait’s for opportunity for that human to seize the moment and act in it. When we don’t ,we miss it and later forget all together.

The Daughter of Pride, it’s the reason we as humans strike back, it’s our pride and that anger, it gets the best of us. However, there are many more abusive assholes in the world who are filled with pride and sadistic behavior. Of course that’s for another time. I knew of the many times my father’s ignorant family mistreated and disrespected my parents and poisoned my fathers mind with their crap. I wasn’t there to witness it, but I had a glimpse of their shit behavior and heard all the stories. During a time I asked Bobby for his help, he blew me off. That said a lot about him being family and my father’s brother.

Gloria had a right to her feelings about her in laws, but our problem wasn’t about that, as I explained, regardless it didn’t excuse her actions or mine and in the end no one wins, but I will have the last word. The contradictions and favoritism of one child over others, the singling me out all my life, making choices for me instead of helping me to make a choice and supporting it. Which took my youth and dreams from me. Then being criticized for not knowing what to do with my life. 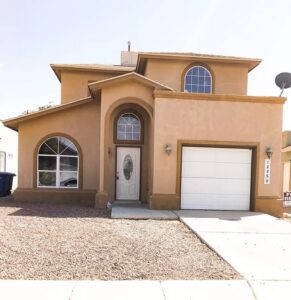 Hey at least I worked and raised my own children, that is more than I can say for your shit daughter Antonia who had a husband but couldn’t support his own family. He not only owed my father thousands of dollars, he wasn’t man enough to buy his own house. HE STOLE MY FATHER HOUSE IN THE END, BUT DON’T WORRY MOM THEY PLAN ON SELLING IT, JUST LIKE YOU EXPECTED THEY WOULD. REMEMBER? Well, you enjoy the rest of your golden years, in your new home in El Paso, Texas since there isn’t much time left I do hope your find some happiness.

The negative treatment is the most damaging, but much of it that trickles down from parents to children is because of the white race. It’s not tangible, it’s psychological, damaging to the soul and mind. The mental and emotional abuse of white people and how people of color are infected by all of it.  That black poison runs so deep it’s in the roots and funneled through neighborhoods, schools, families, relationships. Work relationships, friends and co-workers, military and all organizations. It infects all families of color and race.  The under lying patriarchal horse-shit, the abuse of the white race that oppresses families of color, lack of keeping us down, to keep our families hating on each other.  Either way, nothing is worse than BETRAYAL!  If I can acknowledge my mistakes, you mother should recognize your own!!! I will never forgive you for allowing Tonia and Tony to take my fathers house. And I won’t forgive you for betraying me.

Tags: ##Family doesn't stay together, #Betrayal in the Family, #Family ties are Broken, #Gloria Palomarez, #Lack of Communication # Family Betrayal
This website or its third-party tools process personal data.In case of sale of your personal information, you may opt out by using the link Do not sell my personal information.
×
Privacy & Cookies Policy