WHITE PEOPLE HAVE A HIGH RATE OF MURDERING THEIR CHILDREN AND MOLESTING THEM, BABY KILLER!!! RICHARDSON SHOULD BE GIVEN LETHAL INJECTION NOT FREEDOM!!! 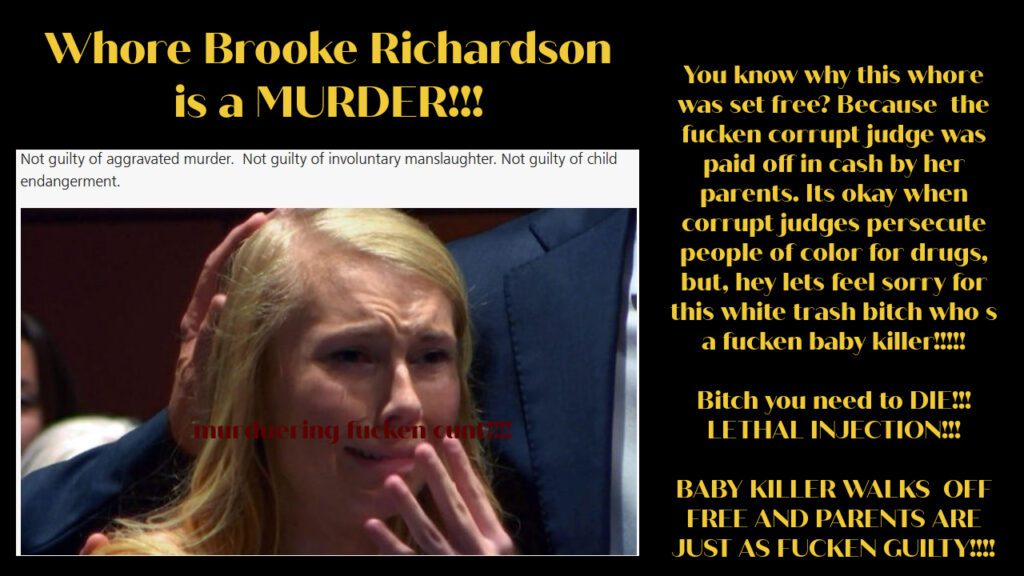 Media has a bad habit of reporting white females who MURDER their children as VICTIM’S, but their not. Richardson is very GUILTY of Murder and how typical for this corrupt, system made up of WHITE RACIST scum to allow this slut to walk FREE!! White people are the poison of this earth, their ignorance and stupidity, is covered up with “white privilege” which is a lie!!!  White people complaining as if they have it so hard when they are the ones who are most abusive AND IMPOSE THEIR SHIT ON EVERYONE ELSE.

White women don’t work compared to women of color, their intent is marry money! White people are inherently racist and yet they expect everyone to help them out with their problems, raise their kids, clean their house, just live life for them, because their lazy!  Oh, but lets feel sorry for this white girl, because she’s so young and innocent. This shit FUCKEN SYSTEM is so rotten it’s as bad as when the judge allowed Ruth Madoff 2 million dollars of stolen money because her husband was arrested on FRAUD. And her son Andrew who died of Cancer (punishment -guilty) was granted millions and his mistress gets a phat 50,000 a month (just another whore).

These people are shit, but Madoff made sure his family was destroyed and for what?  MONEY!!   Let’s feel sorry for white people because they are thieves and murderers who have it so hard even when they fuck up!  This white trash murder Richardson needs to die, she doesn’t deserve to live. Anyone who murders a baby after birth deserves nothing less than lethal injection!

WHITE WHORES HAVE A HIGH RATE IN MURDERING THEIR KIDS

Another Sadistic White Bitch who MURDERED her BABY and walked FREE. Her SCUMBAG ATTORNEY WHO CASEY LEE WAS FUCKING AND SUCKING TO PAY LAWYER FEES IS ALSO A BABY KILLER. SHE HAS NO REMORSE AND WHO KNOWS HOW THIS WHORE SUPPORTS HERSELF, BECAUSE SHE HAS NEVER WORKED HER ENTIRE LIFE!  OBVIOUSLY SOME LOSER ASSHOLE IS SUPPORTING HER.

The affidavit — filed last month in Tampa and released earlier this week — was penned by a private investigator hired by Baez during the case. Dominic Casey claimed he repeatedly witnessed “escalating misconduct” between the lawyer and his client, and the pair had worked out a deal to trade legal services for sex.

“Casey told me she had to do what Jose said because she had no money for her defense,” wrote Casey, who claimed to have witnessed Anthony running naked through Baez’ office. 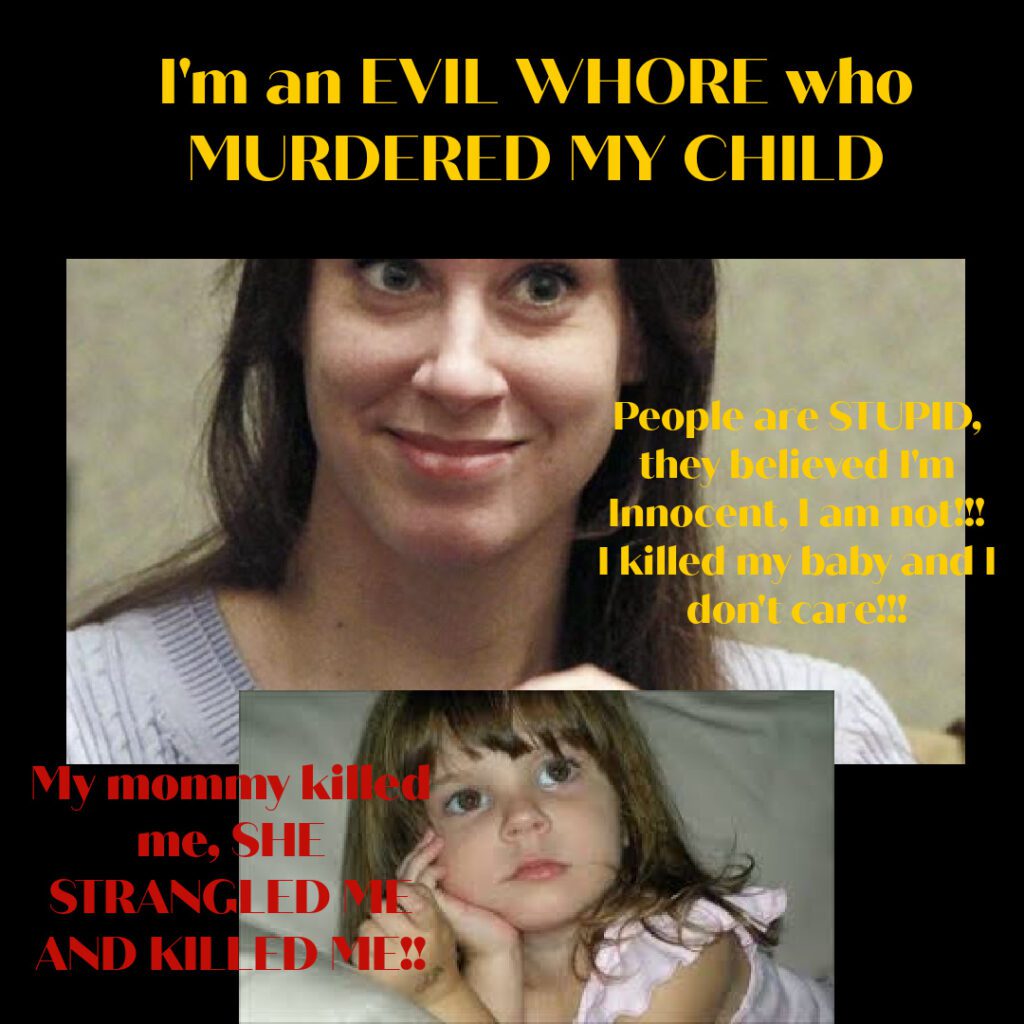 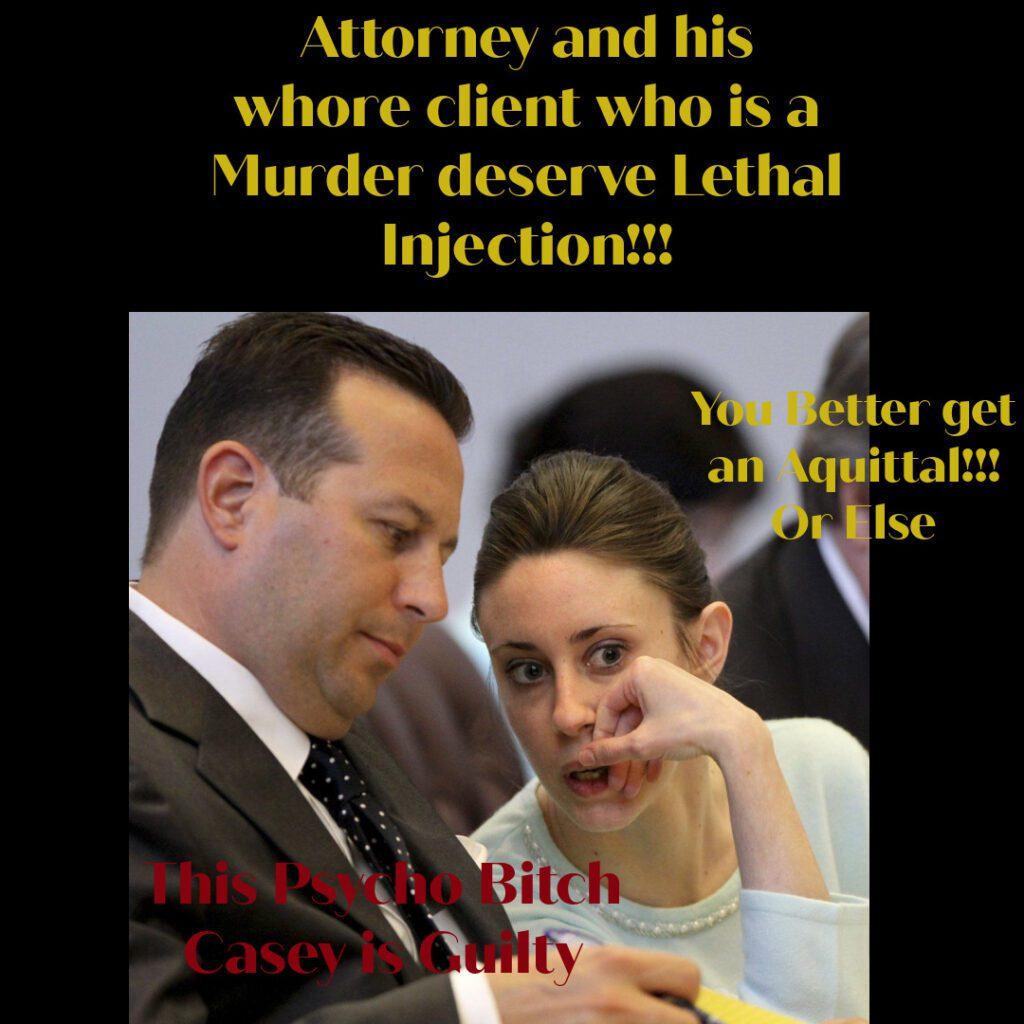