Dr. Andrew Imparato #A144500 at St. Jude Medical in the city of FULLERTON is a young arrogant prick, who thought he could manipulate me without thinking I wouldn’t fight back. This son of bitch is uncaring arrogant asshole who lies to patients and their family members. Imparato’s only concern is to stick a person who is not well in fucked up convalescent home against their will and choosing NOT to discuss any of the problems with me who I am the wife of the patient. Anthony Imparato was trying to kill my husband just like the black bitch Pat Eddings at Whittier. They were talking.  This action is MEDICAL MAL PRACTICE!!!! 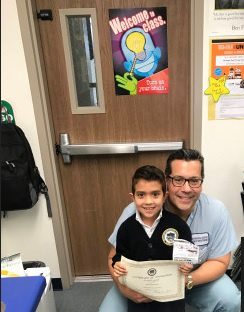 I know they were talking thanks to that black bitch nurse (St. Jude) who was asking me personal questions. When the paramedics tried to take my husband to Whittier after that fucked up episode I had with them, I yelled at them and told them NO, go to St. Jude (I believe the EMT’s knew my husband was already at Whittier because that asshole questioned if I called prior. TRACKING, TRACKING TRACKING TRACKING……

As I called out this fucken prick about what he was doing and how Dr. Gonzales could not be reached because something happened, Imparato made a smart remark about Doctors being dismissed. Dr. Gonzales was NOT DISMISSED, either he was sick or died, his staff refused to say exactly, but I know he wasn’t dismissed, the man was already in his 70’s. Maybe you Anthony Imparato you, should be dismissed giving your a fucken lying sack of shit and manipulator to stick a knife in my back and refuse to discuss anything with me about my husbands condition, but I am supposed to listen to your medical advice, bullshit you never gave fucken ADVICE!!! Your only concern is financial kick backs in your pocket.

YOU PIECE OF SHIT!!!!  Under matters like this a great deal of stress and emotions are involved but that did not IMPAIR ME from clearly seeing the CORRUPTION INVOLVED with this so called medical professional.

Doctors don’t give a fuck about patients, they only care about MONEY, that is all any corporation cares about. And it’s up to SCUM DOCTORS like Anthony Imparato to protect the INTEREST OF THE CORRUPT HOSPITAL, so he can keep his fucken JOB!  Yes, I’m sure you need that $250,000 a year to pay off all your debt!!!

Is everyone fucken blind? All you rich assholes giving their money to shit places like St. Jude in Fullerton, but they won’t even give a fucken dollar to a person on the street!!!!! That act in itself is a fucked up way to view the human soul and human being but not to worry all you RICH ASSHOLES WILL BURN IN PURGATORY like the rest! Don’t worry doctor, I have plans for you, life is not as kind as we would like it to be and you will find that out the hard way.

I know, you probably had to work so hard to get through medical school and pay all that debt, so you can have mommy be proud of her white washed Immigrant Italian son. Frankly I don’t give a fuck, because if I can see your only true concern here after lying to me and acting stupid like you didn’t understand hospital policies (which in fact policy is the reason your kick backs pay off) then you DESERVE ALL HORRIBLE ACT’S OF LIFE to come your way!!! I will be the one to bless you with just that!

Advice to all: 1) NEVER DISCUSS PERSONAL INFORMATION OF FAMILY OR RELATIONS TO MEDICAL STAFF, THEY USE AGAINST PEOPLE.  2) MAKE SURE TO GET ALL NAMES AND EMPLOYEE NUMBERS OF ALL WHO INTERACT OR GIVING DOPE OF SHOTS TO PATIENTS.  3) HOLD ALL PEOPLE INVOLVED ACCOUNTABLE. 4) NEVER ASSUME THESE ASSHOLES AT HOSPITALS ALWAYS KNOW WHAT THEY ARE DOING, THEY DON’T!!!

The Need For Approval