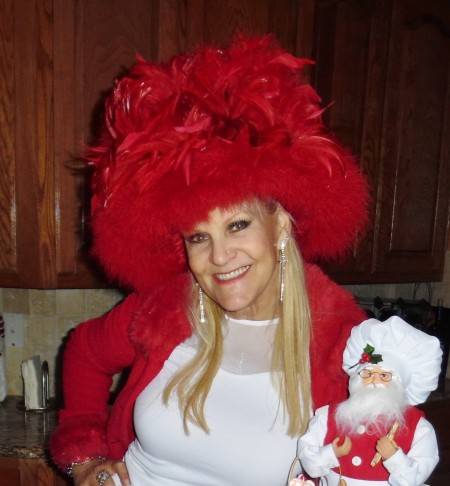 A Thief not forgotten, Barbra Dombro, the Not So famous hat maker, yet she is a THIEF! Many years ago I worked in the Los Angeles District for manufacturers within the Jewelry trade. It was not the greatest job and the pay sucked, yet I met interesting people most of Armenian and Jews.

One sunny day I was walking on 5th street near the Biltmore Hotel and fell upon a beauty salon that has now changed to a barber shop.

A Thief Not Forgotten | Barbra Dombro Hat Maker is a Thief. Never trust an Old Hag like this bitch behaving as if she’s 25 going on 70. Now that she supposedly moved to Texas, her old age has crept in (I BELIEVE SHE IS DEAD) and  no longer popular, not that she ever was.  Ugly Old Bitch collecting Social Security.

So I met this old hag who at the time was 50 years old and went by the name of “Barbie”, which she looked nothing like a barbie.  Yet turned out to be a lying cunt and thief. Either pro or amateur she was still a thief by nature, why I say by nature is because she made it her mission to steal from many people and places, food and drinks at restaurants, money from men, clothes from stores and people.

You might know of her, but if you don’t let me introduce you to the cunt who steals. Barbra Dombro, the first syllable in her last name certainly fits the character.  Barbra claims to have owned that salon, which she’s no longer working at but worked there regularly.  She had a very expensive condo in downtown and drove an old tan Mercedes at the time.

She had the habit of partying with anyone who would give her a drink and usually they were people half her age, she was divorced with no kids that I knew of. I had her cut my hair one day and we started talking and later got together one night and went out all over Hollywood, because she claimed to know bouncers and owners to clubs etc.., she really just made it her mission to be popular anyway she could to get the attention.

You might recognize this slithering snake from her cool hats she sews and pieces together and charges too much money for. 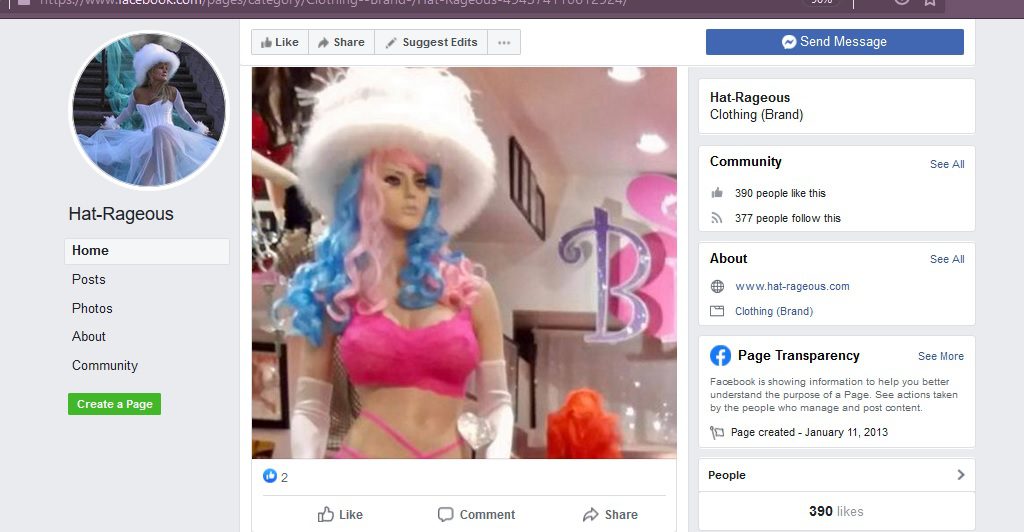 Yes, she is no other than the owner of Hat-Rageous. I do believe she is DEAD or to OLD to do business anymore!!  Now here you can see she is nothing to look at, and by this time she must be an old hag around 65 or 70 years old. 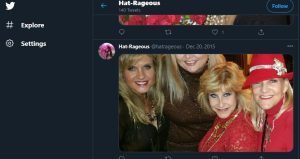 That night I went out with Barbie and another friend. I do remember stopping at a few clubs in Hollywood and then going to a restaurant which, I can’t recall the name I just remember it was very crowded and expensive.

The next thing I know Barbra is ordering all this food and drinks. I asked who is going to pay for all that because I certainly wasn’t? She told me not to worry about it. An hour later she’s rushing everybody to leave out the side gate of the restaurant. That’s right she pulled cash and dash. It must have been at least $300 hundred dollars worth of food and drinks.

I should have bailed then, but I wasn’t the type to leave people stranded. Prior to us leaving this thief cunt had taken some of her hats for us to wear that night and later had me driving to the dam valley, which I didn’t like. I didn’t know the area very well. A few hours later we I went the bathroom before we left, and this bitch starts screaming at me about the hat I was wearing? I left it in the fucking bathroom it wasn’t that big of a deal and since it was her friend’s house, why worry?

Of course, I apologized, but by the time I drove back and dropped this shit off  this CUNT THIEF decided to steal my brand new black suede jacket, I had just purchased at Macy’s. Later I confronted her about it and she had nothing to say.

I let her know I knew where she lived, the car she drove. And of course where she worked. Barbra knew better to contact me again. Just to show how fucking lame and stupid she really is, she would have her friend Linda prank calling my house because this old whore needs to fill her day up with things to do. It didn’t go far because I wasn’t CeeCee. CeeCee a young girl who Barbra and Linda enjoyed harassing on a regular basis, why? Who knows she would lie so much, you couldn’t tell the truth from the bullshit.

I guess her friend Linda saw herself as an intimidating figure, but I had no problem calling her out, and of course, she really didn’t have the guts to see me face to face.  Some time passed and one day I get an interesting call from one of Barbie’s male friends, I only met him briefly one time at her apartment, so I really didn’t know him, but I knew the call was again another prank.

She was the kind of white trash low life who needed to entertain herself. This young man claimed to be personally interested in me, which I knew was a fucking lie and if it was true I wouldn’t waste my time with any person that stupid cunt associated with. There is a valid reason “white trash” is called “white trash”. 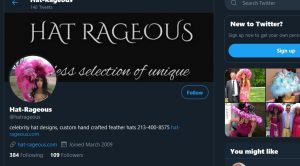 After speaking with him and telling him of everything that went on that night and how she stole from me, and the stunt at the restaurant. He CONFIRMED he knew about her behavior.   This cunt is common trash, ugly old rotten crotch, so if you purchase her hats, just keep in mind not to get too close to her unless you want her to stealing from you to satisfy her appetite.