1) Cutting labor significantly to suit their needs using the business as an excuse, “its too slow”, yet they expect someone to jump through hoops when they’re short handed, which was created by management. Sometimes these cuts are due to incentives from the owner or corporation, sometimes not.

Lets be mindful with the cost of living today do you really think any person can live off of 25 hours a week at $12 to $13 dollars an hour? I can’t . I don’t know anyone who can.  Even when I voiced my needs to the Director he shut me down to control the conversation making excuses and redirecting back to “You need to speak to the store manager”. 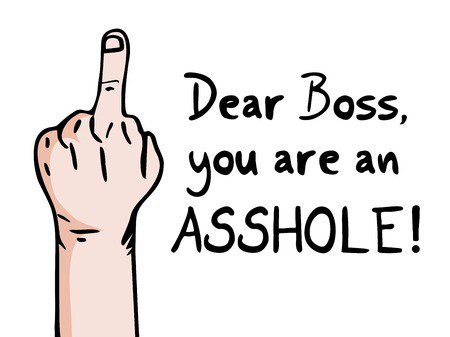 2) Favoring employees one over the other which in turn creates high turn over and resentment, lack of trusting the manager. For example new employees are being paid $13 an hour coming in as a shift leader, which is unfair to employees that were hired first. Only to have an employee who has been loyal and reliable to the company for over 3 years receiving $11.50 an hour.  This has great impact on employees choosing to leave. Management claims knowing this and yet does nothing to resolve it. Because in reality he is a fucking ASSHOLE playing games!! And now he just pissed off everybody!

A simple correction could have been made by paying the employee a higher wage to prevent the employee from leaving. However, since the manager chooses not to do this, he’s created a problem of calling back an employee who once quit and may not be reliable again. Now I suggested to finish training the other employee as a back up to being a shift leader but he rather not and use the excuse I will speak to the store manager about it.  Now he has made this situation harder than it needs to be. When this employee voiced themselves, he disregarded the message altogether.

3) Sexism in the work place maybe unconscious act, maybe not. However sexism needs to be completely eliminated in the work place. Its not right to have an unequal amount of work between men and women. For example the bathroom of course needs to be kept clean, and other areas of the store, but when women are the only ones cleaning it and not males, this is a problem. Or if you have the extremely good looking young girls in the front area that is sexism.

4) Follow by example, this is very important and everyone in management makes this mistake. Gloves should be worn of course when handling food, but how many people in this establishment do not wear gloves? Several, especially the cooks and yet managers says nothing to them. They only contradict themselves with those, he feels the need to say something to., females of course. If policies are going to be made then everyone needs to follow the rules!! As managers who contradicted themselves, employees are not going to trust or respect you and resentment will set in. The message here is if there are rules to follow then everyone follow the rules!!! Managers Included!!!

The responsibilities of a restaurant are to all employees. What I mean by this is, a new shift leader tells me one day, helping out in the kitchen is not my responsibility. If I see someone who needs help I am there to have their back, especially when orders need to be filled.  Management agreed with me when I addressed this, but I have no idea if he ever said anything to the shift leader since favoritism is played in.  All of this I experienced work at LASCARI’S RESTAURANT.  Who was later sued!!! Hip Hip Horray!

Now I know I am new and still have much to learn, but its rather stressful to feel in control of anything when people are pulling me in different directions and being a dictator in the work places instead of a leader. Managers sometimes speak at me as if I am stupid because I am a woman, he likes to dictate responsibilities because I think it makes him feel in charge. Instead of letting me just grip the responsibility of my job on the floor on my own to gain greater control over it. Be a leader, not a dictator!!!

In this short two weeks I have felt nothing but stress in the work place.   Lack of communication, contradictions and lies that have been told. This is a nice business, but management needs serious improvement.  Mangers need to reflect and ask themselves, how to sustain employees and reduce high turn over?

5) Managers need to learn how to sustain employees. Do managers ever question why they have high turn over? Do business owners care or ever observe why there is high turn over? They should, owners should care and concern themselves with all levels of business, not just show off their wealth and ego. Last year I had a real problem as a customer with Amazon (we all know how big that company is).

The customer service was horrible in so many ways, only for them to black ball my account after I blew up at them with frustration. One year passed and I found an opportunity to contact the owner directly, he responded with my account stating it was “fully restored”. I have to admit I was impressed. Not by his response, but because he was present and attentive to my email, which lead to that response. That to me is leader quality.

Many times the people you put in charge don’t always make good decisions and it effects everyone. This is another reason for high turn over, people are not being heard, but shut down, because management doesn’t care. 5 mistakes employers make, their narrow minded act of male domination blinds there ability to lead. It takes a truly gifted person to be a leader. If you ask your employees if they see you as a leader, what do you think they’ll say? All because of 5 mistakes employers make and don’t care.

Covid is What I Expected